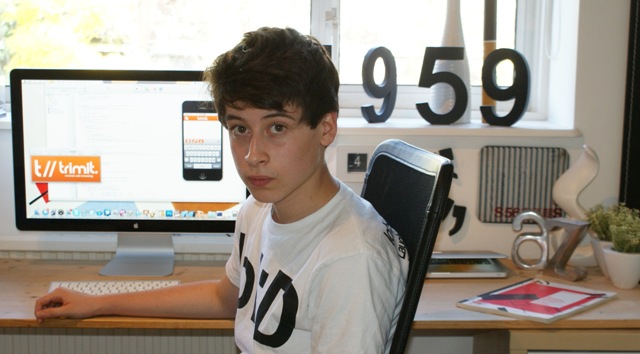 Back in July, we covered an iPhone app called Trimit that allows users to take large chunks of text that they write or import through a link, and shrink it down to fit a social network update. To cut a long story short, the startup secured $250,000 in funding from Hong Kong Billionaire Li Ka Shing, pivoted and relaunched this week as Summly.

That in itself isn’t mind-blowing. But when you learn that the founder is a 16-year-old schoolboy from London, and the app is actually really rather good, well, things start to take on a bit more of a ‘wow’ factor.

Summly promises a simpler way to browse and search the Web. It automatically summarizes search results, webpages and news articles with a view towards making content more palatable. It also helps to ensure search results are always relevant and can be easily evaluated. You can get a better idea of what it does by watching this:

Summly is currently available on iOS devices only, but the app is gaining traction. The teen founder, Nick D’Aloisio, told The Next Web that it has been downloaded over 17,000 times since it was launched on Tuesday, notching up 70,000 articles summarized and over 110,000 unique visits to its website.

So, what are the key differences between Trimit and Summly? “Trimit was about content creation”, says Nick. “Whereas 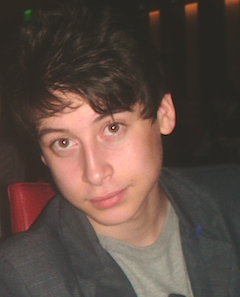 Summly solves the need for more concise and efficient content-consumption while browsing on a mobile device, as we allow users to instantaneously evaluate search results, webpages and articles with content summaries.”

I know that when I was 16, I would struggle to manage $250, let alone $250,000. So I caught up with the young entrepreneur to get some more insights on this programming prodigy.

“I was 8 when I got a MacBook and began working on iMovie”, says Nick. “Then came Final Cut Express, Final Cut Pro and Autodesk Maya. I started programming when I was 12, when the App Store launched in July 2008. I created apps, but not on a serious level until last year when I produced SongStumblr, a geosocial music discovery service. Earlier this year I created Facemood, a tool that uses sentiment analysis to track the mood of Facebook friends.”

Nick only recently turned 16, he’s living with his parents in South-West London and you’ll be pleased to know that he’s sticking it out at school for the time being. He has a penchant for the sciences, and he’s currently studying Chemistry, Physics, Biology, Maths, English…Latin, Chinese, Russian, philosophy and history. Yup, a bit of an academic.

So does Nick just spend his days engrossed in books? It seems not. “I enjoy playing sport – cricket and rugby – seeing my friends, and I’m also interested in typography and graphic design”, says Nick.” I enjoy graphics and product design a lot more than programming itself and I also enjoy the business process of the company.”

In terms of Summly, I was curious to know what inspired Nick. “I only signed-up to Twitter 6 months ago and had followed a lot of news agencies and people that shared URLs”, says Nick. “I didn’t know which URLs to click and read and, being on a mobile device on cellular data, it took up to fifteen seconds to load a single Web page. I thought there must be a service to summarize any webpage that lets users decide if they want to read it evaluate its content. But there wasn’t!”

Researchers from the Massachusetts Institute of Technology (MIT) are also apparently interested in the technology behind Summly, which currently has some patents pending. It yields its results through artificial intelligence (AI), machine learning and ontology techniques.

Summly isn’t restricted to the English-language market either. It can summarize Web content in all languages, though it’s optimized for English, French, German, Dutch, Italian, Spanish, Finnish, Swedish, and all other European languages.

Looking to the future, Nick says that Summly will be arriving on Android and the Web in the next few months, and he’s looking to grow the platform significantly over the next year. “I hope to integrate Summly into pre-existing services and continue to grow and expand the user-base”, he says.