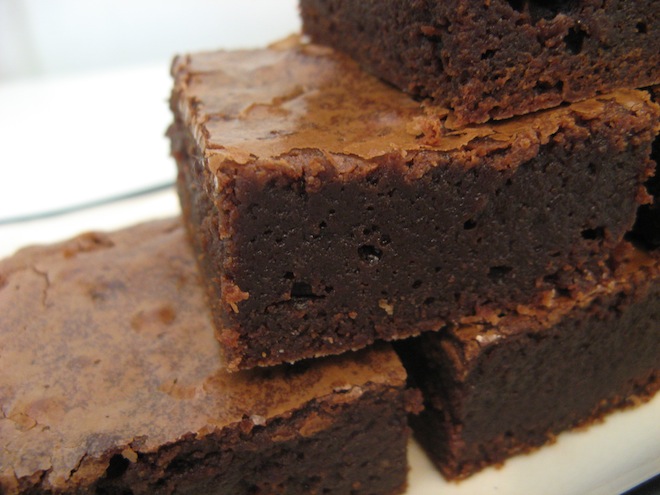 The whole idea of scheduled deliveries for goods is nothing new. Birchbox, Manpacks and even Amazon are the names that have made the practice popular. But a startup built in a week, called MoreBrownies, may very well be nailing down the solution to a problem for men – Gift deliveries, so you’ll never have to remember a birthday, anniversary or occasion again.

Loading up the site, you’re taken through a few simple categories for gifts. Right now those are limited to floral, jewelry, scents and sweets. Within each of the categories there are a few different choices, increasing in price as you choose “show me the next choice” versus adding it to your cart via the “She’ll love this” button.

The choices are a bit limited at the moment, but they cover the stereotypical bases. According to one of the founders, however, the MoreBrownies team plans to change out the options every few months “as we figure out what guys want to order”.

As you can see, adding up a few gifts can get a bit pricey, especially with names like Tiffany & Co. on the list. But the premise of the site is great and it’s put together extremely well. That fact holds even more true when you consider that the entire site was built in a week, by a team of two.

The team makes money, predictably, by tacking on a small service charge to each order. Payment processing is handled via Stripe on the back end, and the entire thing is hosted in the Rackspace cloud at the moment.

The team faces a couple of pretty obvious challenges. First off, they’re not the only ones in the market who are doing this. Gift Side Story is a similar service, but more customizable. However, the simplicity of the More Brownies site might actually work out well, especially when you’re talking about guys who obviously have problems finding gifts in the first place. The other difficulty comes in there being a pretty low barrier to entry, made even easier by sites like Memberly which allow you to create your own subscription service quite easily.

Regardless of challenges, the team appears to be very open to feedback, answering questions with gusto over at /r/startups on Reddit. So if you’ve ever found yourself scrounging at the last minute, maybe it’s time to get some MoreBrownies points and spend a bit less time in the doghouse.