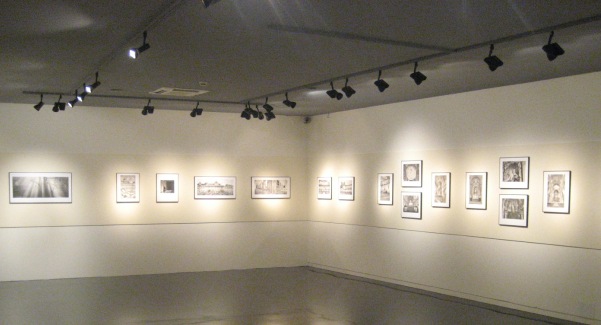 The free app was officially launched this week in the Apple App Store, and it seeks to help users discover and enjoy a little culture at all the galleries, museums and cultural institutions in their locale. Although it’s available on iOS only for now we’re told an Android version is on the way.

So what exactly does ArtSpotter let you do? Well, it lets you search for nearby exhibitions and galleries, including what’s on and when…almost anywhere in the world. Furthermore, users can also upload photos to exhibitions they visit, or add new exhibitions that aren’t already included.

If you trust the recommendations of one particular art aficionado, you can choose to ‘follow’ them, or simply follow one or more art institutions. And then there are ‘Collections’, which let you see what works of art other users have brought together as their top picks from different cities.

Last week, The Next Web met up with ArtSpotter’s founder Raphaëlle Heaf in Newcastle, England, for Ignite100, which we’ve previously reported as the UK’s first £1m startup accelerator programme. The initiative promised to invest up to £100k each in ten startups. Ignite100 seeks to build on the success of its predecessor, The Difference Engine, through a 13-week acceleration programme.

Initially, up to £15,000 investment capital was to be made available at the start of the programme, with the remaining £100,000 balance invested upon the successful completion, and assuming other pre-agreed criteria was met.

Heaf has worked in the commercial art world for over 10 years and says she has always been frustrated with the gap that exists between the physical art world and the digital revolution. In March 2010, Heaf attended her first ever tech event, Geek’n’Rolla, and was subsequently drawn in to the tech startup world. She ended up presenting the first version of ArtSpotter’s website on stage at the event a year later.

“After a year of dreaming, finally seeing our iPhone app make it to the AppStore is an exciting feeling”, says Heaf. “I can’t wait for the next update and what the next year has to bring.”

After securing a round of seed funding, Heaf says she’s hoping to make ArtSpotter the largest art website in the world, with the iPhone app playing a pivotal role in this drive. Roll on the Android version!

The 5 rules of ArtSpotting, according to Raphaëlle Heaf

Whilst London’s art scene has been the main launchpad for the ArtSpotter app so far, its focus is very much on the world, and it doesn’t have to be large exhibitions either. Anything arty is allowed.

With that in mind, Heaf outlines 5 takeaways for what ArtSpotter is all about:

Back in February, we wrote about Art Project, which is a Google Initiative that lets users browse thousands of works of art online by collection, and in extraordinary detail. Using access to technology like Picasa and App Engine, the Google team built brand-new technology to let Street View to go into museums and collections.

That’s great if you’re stuck for time, but why do that when you can visit the exhibitions for yourself?