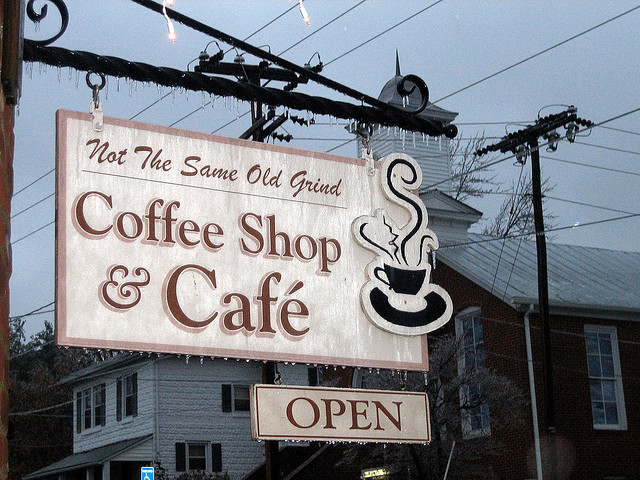 Most of Facebook’s event functionality focuses on choosing a day and time for an event. The second step is adding all of the people you’d like to come. It’s pretty official sounding.

A Facebook event isn’t really suitable for an impromptu coffee for those in the neighborhood, so Whim decided to build an app that fits that need.

The iOS app, which launched today, allows you to put a group of people together for an anti-event, or something that doesn’t require much planning, and allows the group to decide where it wants to go. It’s pretty handy, actually.

Here’s what the company had to say for the announcement of its launch today:

Five months ago, we set out to build a way to easily meet up with friends… on a whim! We realized that it just takes too much time and effort to get friends together quickly – usually requiring several rounds of back-and-forth conversations, tediously coordinating across SMS, Facebook, Twitter etc. After many iterations and feedback from our awesome beta testers, we’re beyond excited to announce that Whim for iPhone is available now on the App Store!

The app has one purpose, put a few people together and pick where to go. Any person you add to the group can suggest a place, based on what’s nearby or by category such as Coffee or Night Life. The group can then decide where it would like to meetup.

The app allows you to chat within the group, which is nothing new at all, but becomes extremely helpful when trying to settle on a place to meetup. Sure, you could just tweet out your location and hope that people show up, but Whim is trying to solve a problem that sits somewhere in between just posting a status, and setting up an event on Facebook or Plancast.

While I’ve had plenty of serendipitous meetings thanks to a foursquare check-in or two, just gathering a group of co-workers for lunch can be like herding cats. Whim lets you suggest a place to meet, and lets the group vote on where they’d like to go. Ultimately, if it’s your “Whim”, you get to make the decision.

One thing Whim missed is giving the ability the invite others to the people you’ve invited to your own “Whim”. Relying on your own social graph certainly gives you the privacy you need, but if you’re going out for drinks, you want people to be able to at least invite their own girlfriend or boyfriend. It’s a glaring omission for an otherwise well designed and thought out app.

The app will give you a link to your Whim that you can email, tweet, or send to whomever you like, but it seems like a bit of a hack and any extra steps at that point bogs down the experience. Hopefully this is something the team is working on. However, the app is actually quite useful if you’re trying to co-work with a few friends, or go grab a quick bite and a movie. I appreciate apps that take care of things in a way that isn’t as official and arduous as setting up something on a huge social network like Facebook. Whim does just that.

We’re told that an Android version is on the way, so hang in there non-iOS folks.

Read next: Ads: The Death of User Experience on CNN, Forbes, Mashable