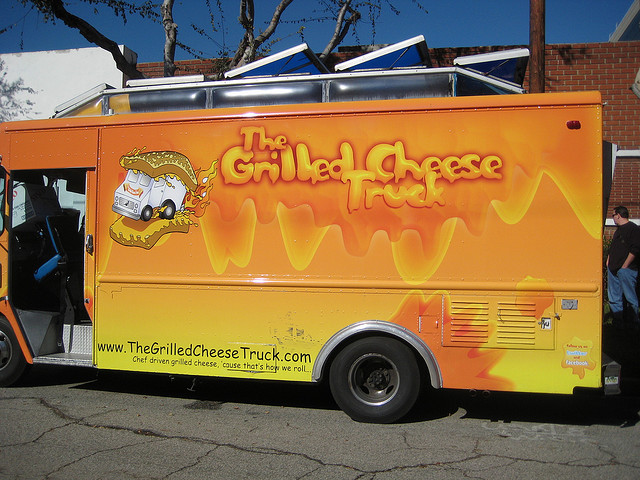 If you’re not familiar with what a food truck is, allow me to school you a bit. Food trucks have become a phenomenon all over the United States, with each truck focusing on a specialty food item.

My favorite food truck happens to be the Grilled Cheese Truck in Los Angeles. The food is amazing, and the truck drives around the city and parks at different spots. Tracking a food truck is almost like hunting down game like a wild bear. OK, maybe not that intense, but you get the idea.

A lot food trucks have their own Twitter accounts and let you know where they are at any given time. However, a Twitter stream isn’t trustworthy when you’re hungry. Important tweets can slip through the cracks, so there has to be a better way.

The better way is an app called TruxMap, which focuses solely on letting you know where the most popular food trucks are and if they’re open.

The app is simply designed with food truck locations pinned on a Google Map. You can pick which city you want to check out, or click all of the available pins on the map.

If your favorite food truck has a Twitter account, the site even pulls its tweets into the landing page of the truck. Users can submit their own trucks or favorites that haven’t been added as well.

If you’re not at your computer, TruxMap has its own iOS, Android, and mobile web versions. I highly suggest using the iOS or Android version, as the web version is a bit of a mess. The iOS version was perfect though, displaying a lot of data in very limited real estate on a phone.

If you’re in a major city in the United States, there’s a good chance that there’s a famous food truck driving around making something tasty on it. With TruxMap, you’ll now know exactly where they are at all times, and more importantly, if they’re serving food or not.

Read next: The curious case of Google, Mozilla, partnerships...and Bing?