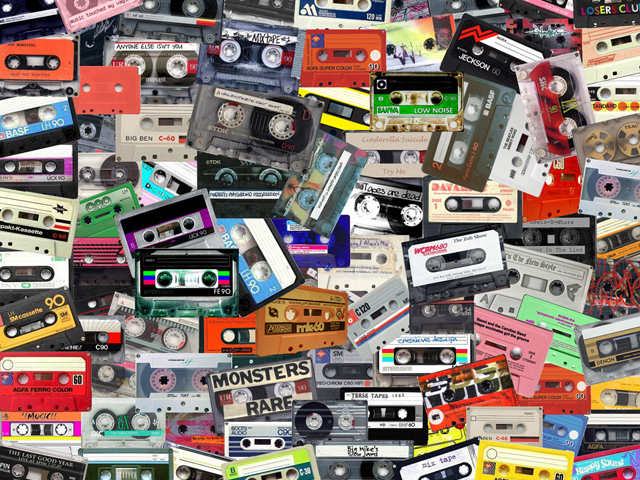 Do you sometimes miss your good old walkman and its audio cassettes? Sure, iPods are nice, and you can also listen to music on your iPhone, but what about watching the tape movement while playing your songs? Well, AirCassette is the answer.

This sleek iOS app brings the vintage cassette design to your Apple device, and you could look at your digital music as if you were playing it from a cassette – without the lousy sound. If you’re over twenty, you’ll immediately notice that the AirCassette’s tapes look very much like the real deal – except for the brands’ names, probably due to copyright issues, though it doesn’t take much imagination to recognize BASF, Sony and the likes.

Here’s a video to give you a better idea of the app:

As you’ll see if you give AirCassette a try, it’s not just about a player’s skin, which may not be worth $1.99. For starters, you don’t get one design but multiple ones, and you can choose between different “tapes” as you listen to your Library’s songs.

The way you can interact with the app is also pretty nice. Like with a real cassette, you will be able to see how many songs are left by looking at the tape.

But what makes AirCassette very cool are its advanced features: you can add songs to the app’s queue, and share a specific song or your full queue with your friends via Facebook or email: 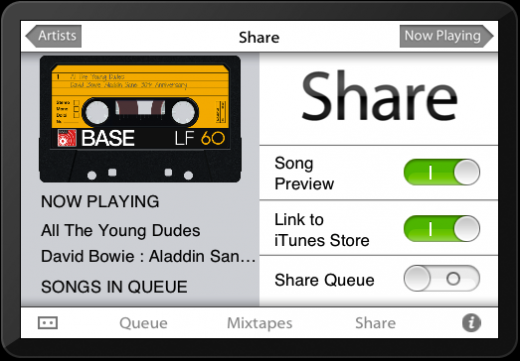 Both options will include an image of the tape, with the artist’s and song’s name written on it – but there’s more: your friends will also be able to listen to an excerpt of the song.

Another nice option is the possibility to create mixtapes as in the good old days – though it doesn’t seem possible to share these yet.

AirCassette obviously looks better on a small device like the iPhone or the iPod touch, but we’ve also tested it on the iPad and it’s fully compatible with first generation ones as long as you have iOS 5 installed.

➤ AirCassette, via the App Store