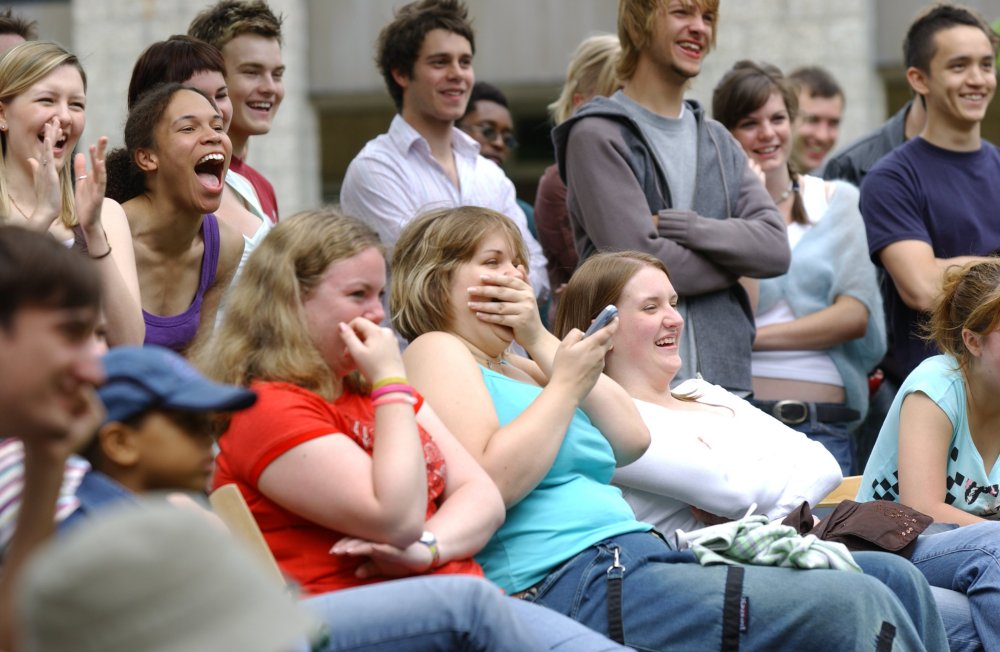 WitStream is a Web and iPhone app that follows some of the best comedians on Twitter and shows you their latest tweets, so you don’t have to do the hard work of finding them yourself. It really is as simple as it sounds, and that is what’s so great about it.

We started out with the iPhone app and worked our way to its Web counterpart, but the experience is pretty similar on both platforms. The objective of the app is to give you something to pass the time when you have a few minutes to kill and want to be entertained.

The Live Feed is essentially like your Twitter timeline if you were following all the people whose tweets pour into WitStream. There is no curation here, so it may not always be as funny as the other streams, but it is always scrolling by fast and there is never a shortage of stuff to read.

Spotlight brings together a more curated list of miscellaneous humorous tweets posted by the WitStream contributors. We are not sure what criteria is bring used to select tweets for this stream, but it’s the one to go to if you are looking for random 140-character funny-isms to amuse yourself with.

Tweet the Press is about current events. Tweets in this stream are filtered to only show the ones talking about the goings-on in the world and you’ll find everything from political commentary to wisecracks about the latest news from around the world in here. For instance, it’s all about Occupy Wall Street as of this writing.

The Black List—our favourite one—is a selection of tweets handpicked by Michael Ian Black and, as he describes it, is a list of the tweets appearing on WitStream that he found especially funny. Black is a comedian, actor, writer and director and the chief content officer of WitStream.

Another word you will see quite often when using WitStream is “aristocrats”, which is simply the term the service uses to describe its handpicked contributors. You can see a list of them from both the Web and iPhone apps and go through their streams. You cannot start following them from within the app, however, which is a feature that we expected to see.

When you especially like a tweet, you can tap on it to view some more options. You can mark it as a “good one” or as “funny, but wrong”, which we suppose aids the curation process that goes on behind the scenes, and you can either retweet it, share it on Facebook, send it via email or save it within the app.

The one thing you can’t do, however, is mark a tweet as a favourite on Twitter. Given that the whole app is about discovering the funniest tweets doing the rounds, we found it to be a significant omission. If you were to retweet every tweet you liked in this app, you’d have followers leaving you in droves.

Although we really wish the app would add the option to mark tweets as favourites in a future update, we have no hesitation in recommending WitStream in its current form. The app has a sound selection of people and we were soon wiping tears of joy from our eyes as we went from one hilarious tweet to another, especially in The Black List. WitStream promises to be “your 24-hour live comedy ticker” and definitely delivers on that promise.

Read next: The Real Impact of Cloud Computing