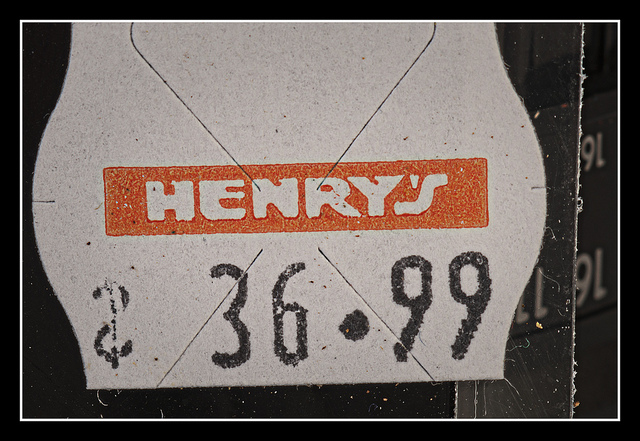 When I wrote about sneakpeeq in September, I mentioned that its approach to selling high-end items online was genius. The basic idea is this: You see an item that you like, and you click a “Peeq” button to flip the price tag around.

It’s an action that you do every single time you shop in stores. Last week, the site launched out of beta with the addition of badges and a point system, and has seen over 30% growth in engagement.

I spoke with Henry Kim, Co-Founder and President of sneakpeeq about what tweaks the company made to see such an increase in social sharing on Facebook and sales overall.

The unique approach to buying online that sneakpeeq takes has enjoyed a lift from a new badge and point system. The company tells me that these features bring consumers closer to the over 500 high-end brands that it has partnered with.

For example, if you share a lot of Kate Spade items, you can receive a “Kate Spade Ambassador Badge”, which shows your friends how in tune with the brand you are. It also shows Kate Spade how in tune you are, because you can turn that badge in for more deals on an item.

“Gamification” and badges have become hot since foursquare launched them as rewards for check-ins to venues, but sneakpeeq is actually making real money from these reward systems. As I noted in my first piece, brands were actually approaching the company to participate, and Kim tells me that the demand hasn’t slowed down since we talked.

With the addition of badges that you can actually turn in for real deals, you will find items on the site that you can actually get free of charge. This is something that will keep shoppers come back for more, and intentivizes them to share the things they interest them with their Facebook friends. It’s a cyclical system that could eventually print its own cash as far as I’m concerned.

You are given points for sharing, buying, and using the “Peeq” button to see the price of an item.

Taking E-Commerce to the next level

In addition to the partnerships and gamification of E-Commerce, sneakpeeq is bringing top fashion bloggers and models into the fold. By letting a well-known persona curate items and offer them to their fans, the company is helping both brands and curators gain respect and influence in fashion.

Certain items that are curated by known fashion personas like “Her Campus” are only available to fans of their brand.

Henry Kim tell us that sneakpeeq is working on mobile and table applications which should be available in January 2012, and the company continues to look at all data points to make tweaks on its system. The company is also focused heavily on bringing goods from the United States overseas, and vice versa. The engagement on the website has increased along with the Facebook app engagement, which are uniformly designed.

With all of this work revolving around the huge brand partnerships that the company has made, sneakpeeq is in a unique opportunity to get a runaway lead in the social shopping space, especially with its deep Facebook integration announced at f8. Of course, having former Facebook employees as seed investors certainly doesn’t hurt either.

Read next: Apple Seeds OS X 10.7.3 to developers, Improvements Center on Documents in the Cloud