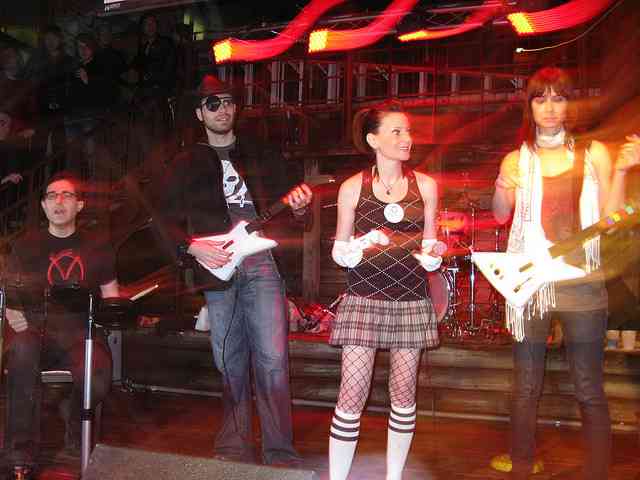 Discovering music is something that relies on multiple senses along with recommendations made by friends. But what if you couldn’t see the band’s name, what they looked like, or anything else about them? After listening to two music clips, you’d have to pick your favorite. It would be like “Battle of the Bands” in the dark.

In an approach that is similar to A-B testing for websites or taste testing for soft drinks, SoundOff.fm wants to bubble up great independent bands to the top of its charts. Except you have to make your decision about each band solely based on the merit of their music and how much you like what you’ve heard.

The site itself isn’t beautiful. In fact, it’s extremely plain and almost ugly. However, the idea behind the service, it still has an extremely fun and addictive nature to it. A re-design could help the site blow up in popularity. It sounded like an interesting experiment, and one that I was personally interested in trying out.

Independent music artists can come to the SoundOff.fm site and upload any 20 second clip of their song that they like, along with information about the band, and which genre it belongs under.

Users of the site come along, and are given two options to discover music in a way that reminds you of an epic battle of the bands. The first discovery option is listening to and voting for music that you like.

You are given two clips of music which auto-play one at a time. When the second clip is done, you simply vote on which song or band that you liked better. After that, you’re shown information about the two bands that you just listened to.

Alternatively, you can do a rapid-fire mode where you simply vote on music two bands at a time, and after two minutes you’re shown all of the information about the bands that you voted for.

Your votes are important, please hold

As you vote for music in a rapid-fire way, the data is being collected and a leaderboard is being created. The leaderboard takes votes from everyone using the service into account, and gives a nice list of indie bands who are hot on SoundOff.fm. This is the second way that you can discover music, by letting everyone else decide who should be at the top of the charts and might be worth your time to listen to.

Of course, the most interesting part is that nobody knows who the band is when they are voting. The site is broken up into genre’s, which gives a lot of artists opportunities to shine on a platform like this. The service has even thought of making you fill out a captcha so voting can’t be gamed with automation.

For the most part, SoundOff.fm isn’t a typical popularity contest, and only the music decides who goes up the charts. Imagine if popular artists were to upload their music to SoundOff.fm. Would most of them rise up the charts organically, without the huge marketing push that they’re used to? I like how SoundOff.fm levels the playing field among bands who are trying to stand out in a crowd. There’s no better way than to let the music make your mind up, rather than a Twitter account and a few promotional photos.

Read next: The world's first "Catvertising" agency launches in Canada