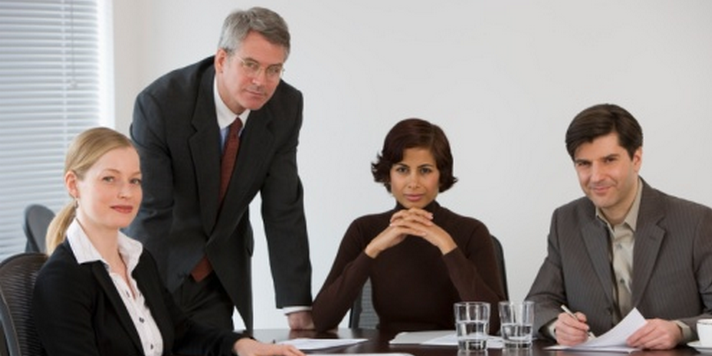 We keep an eye on the upstarts in every vertical. And so when a company as well designed as Path.to starts to take on industry giants such as LinkedIn and About.me, they are always in the back of our minds.

TNW covered Path.to when it launched, some two months ago, calling it a “gorgeous and simple professional network.” Those are the two things that set it apart from the behemoth that is LinkedIn, a service that is both ugly, and bloated. Every network, as it grows, aggloms to itself an increasing number of features, to fend off new competition, and in the process can become quite laden. In the professional space, this is what Path.to is working to reverse.

If you want to get a quick overview of what Path.to can do, I recommend reading our earlier coverage of the company which you can read here. Today, we are focusing on updates to the larger product.

Path.to did not launch with a messaging system built it, likely in the name of simplicity, but it was something that it had to introduce at some point. Today is that day. The good news is that while messaging has the potential to be frustrating and spammy, Path.to has a good handle on how to manage it.

LinkedIn has an odd note sending system that has paid ‘InMail’ alongside a more traditional messaging system. Path.to’s new feature allows anyone to message anyone, but lets the receiver decide if they wish to read the note in question, and then decide if they ever want to receive mail from that person again. Of course, that decision is private. In other words, Path.to gives users the power to control their inflow of notes.

The team told TNW that this is consistent with their vision of working more to empower the individual user over the recruiter, who will try to overuse any professional social network that they can find.

While Path.to has no plans at the moment to build native mobile applications (its team remains small, with a total of five employees), today it has released on the go search. Before, you could view Path.to profiles from your smartphone, but little more.

This meant that the core ability that Path.to is building towards, finding a very specific person with certain skills in an exact area, was impossible while on your handset. Now, you can hunt for anyone, with any skills, anywhere.

Path.to’s final release today is its most interesting. It is working to build an algorithm to help rank professionals on a number of factors, to help bring to the surface those that you might want to find. Looking for a PHP guy in New York City? Path.to wants to make your search simple, and quick.

To do so, it is collating users’ experience, education level, social graph information and reputation, and adding in the ability to ‘analyze semantics’ to help sort people. We asked if this was like Klout for professionals, and were told that it is emphatically not.

What this will do is help Path.to eventually build out a jobs feature in its larger product, something that the company alluded to while talking to TNW, but wouldn’t give details on. This is the general idea: while Path.to has been designed to help the professionals stand out, it also wants to take that work and make the process of filling jobs as pleasant as using the product is for an individual. Hence, the new ranking system. If Path.to wants to help someone fill a spot, it wants to show them the absolute best candidates.

This is likely to be the foundation of Path.to’s revenue model in the future.

On the whole, we liked Path.to before, and we like it more now. If you haven’t checked it out, you probably should.