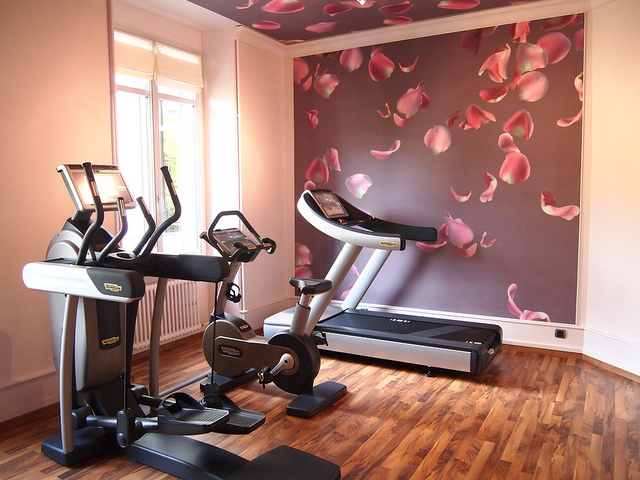 Better fitness and health is something we all talk about and strive for, but it’s usually the last thing we actually dedicate ourselves to. There are a lot of reasons for that including jobs, family, eating a lot of food, drinking a lot of alcohol, and the list goes on and on.

Health Month decided to turn your fitness into a game and bring you together with others who want to work hard on living a healthier life.

As the site explains:

Health Month began as a yearly ritual amongst some friends in Boston, New York, and Seattle

The site was created by Buster Benson, which is an adaptation of this yearly ritual between close friends.

We talked to Benson today about why he started Health Month as an online service:

TNW: What about fitness made you want to disrupt it?

Buster Benson: My previous startup, 43things.com, was all about helping people achieve their goals. After 5 years of learning about goals and how to help people, fitness and health was the most rewarding to me. It’s an ancient problem that technology has a new opportunity to help solve, and is something that everyone can relate to.

TNW: What can you do with the points you gain, will you one day be able to get real goods for them?

Buster Benson: After each month, you have a chance to “turn in” your game to one of the 4 spirit animals. That currency, spirit money, currently has no way of being spent, but that’s something that will change fairly soon.

TNW: What types of success stories have you seen or heard, can you share some?

Buster Benson: There are a dozens of stories about people losing 20-40 pounds, training for triathlons, and even improving treatments for illnesses like fibromyalgia. Not to mention hundreds of other stories about people who have finally created a sustainable habit like flossing, or meditation. I would be happy to refer you directly to any users if you have interest in interviewing some.

TNW: What are your future plans for the company? Mobile?

Buster Benson: Yes! We have a new mobile product in development, bud.ge, that will take Health Month to the next level and will be launching before the new year. It’s essentially the next version of this health-improvement vision of creating sustainable, enjoyable, change. In addition to that, better mobile support is also coming for Health Month directly. We’re just getting off the ground over at Habit Labs, and will have lots to share in the next couple months now that we’ve got a full team, and some runway.

Once you sign up for Health Month, you can get started right away on setting goals for yourself. The site lets you set up “rules” for a given month in a variety of categories. You can create these goals for diet, exercise, mental wellness, or create your own.

The site is designed extremely well and is straightforward, even though you’ll have to answer questions about each goal individually. Benson has used sliders for most of these things though, which makes setting up goals a snap. For example, I’ve set a goal to lower my caffeine intake. I currently drink a lot of coffee.

Once you’ve set up more than three goals for yourself, you are given a rundown of the difficulty for the month based on the information you’ve given Health Month, as well as a recommendation on a game to join. To join a game, you pay the service $5 for the month, $50 annually, or optionally ask others to sponsor you. To get you started though, Benson has given our lucky readers at The Next Web a code for free games! This could be a great way for friends to help someone do healthier things rather than nag them about it all of the time.

Once you’re in a game, your profile generates status updates based on your activity for that day. If you wanted to drink a glass of water 7 days a week, but skipped a day, your status in the game would reflect that. It makes a healthier lifestyle pretty competitive in a way that most runners and joggers don’t require.

Clearly it’s best to start at the beginning of the month, so that you have a fair shot at winning, but you can jump into a game at any time of the month. There’s quite a few reasons why making fitness a game works, but I suspect that once you get heavily involved, you can find some new friends and encouragement from places that you never knew existed.

If you’re ready to make some life changes, why not have some fun doing it? Give Health Month a try, and get a free game ticket on us and Buster Benson.

Read next: sleepyti.me tells you when it's time to hit the hay