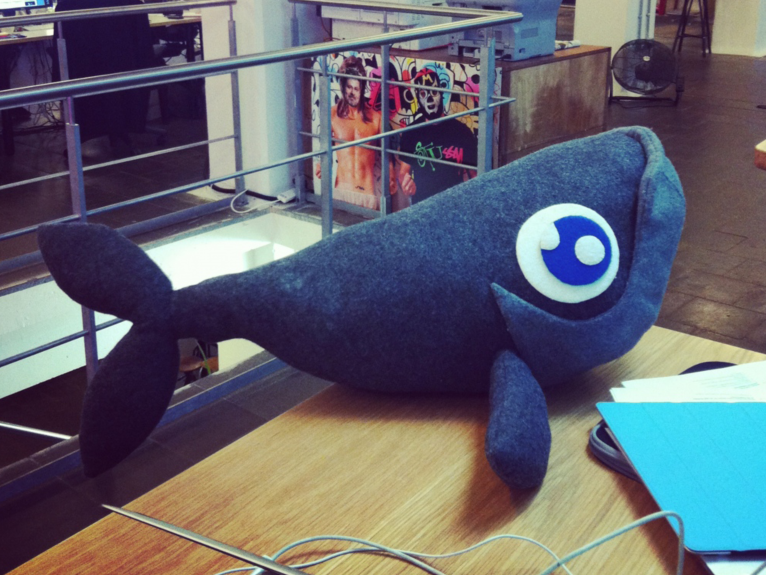 With a multitude of gaming apps on Apple’s App Store, all of which are still trailing Rovio’s smash hit Angry Birds, it takes something truly special to standout from the crowd and instantly attract new and old gamers to a new app or game on the iOS platform.

Whale Trail, a new game from renowned design studio ustwo™, doesn’t just make you want to play it again and again, it launches with its own dedicated trailer, an official single and music video from Super Furry Animals frontman Gruff Rhys (which has already been aired on BBC Radio) and an 11-minute making-of documentary (embedded below).

To say that UsTwo have bet big on Whale Trail would be an understatement – more on that later.

Whale Trail focuses on the plight of Willow the Whale, a flying aquatic mammal that you need to help escape the clutches of the evil Baron von Barry and his army of angry clouds, the Thunder Bros. Requiring deft touches of your iOS device’s touchscreen, you loop the loop, swooping through the sky collecting bubbles and smashing enemies across seven stunning levels.

The aim is to get the highest score possible, building up multiples to boost your score as you collect bubbles. Dotted throughout the levels are stars and when six of them are collected, you enter Frenzy Mode. Frenzy Mode can be likened to when you collect a star in Super Mario, it makes you invincible for a limited amount of time and allows you to be able to kill the angry Thunder Bros and boost your score significantly in the process.

If you hit the speed boosts, you can reach new heights in each level and unlock areas of hidden bubbles, again increasing your score but building up those multiples.

Don’t hit the Thunder Bros if you aren’t in Frenzy Mode – not only will it take away Willow’s flying ability, it will also incrementally break down your multiples, reducing your chances of amassing a crazy high score. Along the way, 43 Game Center achievements can be unlocked, all with your crazy flying skills.

The stunning, endless runner brings with it a unique sense of humour, if the character names weren’t odd enough, it has fantastically whimsical soundbites, including our favourite “I can see my house from hereee!”, subtle nuances which really bring the experience together and makes you want to come back to the game again and again.

The Whale Trail campaign has been a long one, spanning 4500 development hours over a period of 6 months. Created in the ustwo™ studio by a team of six designers and coders under the command of ustwo’s CHIEF WONKA (co-founder Matthew Mills) and musical accompaniment by Gruff Rhys, the game cost £150,000 to create and needs at least 300,000 downloads to break even.

ustwo™ shares with us the early concepts of Whale Trail, charting its two-month journey from storyboard to fully-fledged iOS app:

It’s been a busy year for ustwo™, a year that has seen the company invest £650,000 in a new ten-person department called CWA (Content with Attitude) which Mills runs. The department’s sole responsibility is to conceptualise, design, develop and release ustwo’s own iOS products, which include the global interactive children’s book hit, Nursery Rhymes with StoryTime, (iPad and iPhone App of the Week in the UK and USA) followed by the experimental enhanced reading publishing platform PAPERCUT (which became the App of the Week on Apple’s UK store).

Having never made a game before, ustwo™ wants to be one of the first non-gaming studios to create a hit iOS game.

Whether the Mills and his design studio can do just that lies in the hands of the millions of iPhone, iPad and iPod Touch gamers that Whale Trail is aimed at. Costing just $0.99/69p at launch, Whale Trail costs less than a bar of chocolate and I daresay is infinitely more fun.

Download the game, have a play. If you aren’t humming or signing “I’m on the Whale Trail…” after you’ve played it, I’ll eat the Willow the Whale stuffed toy pictured in the header image (if I can get a hold of it).