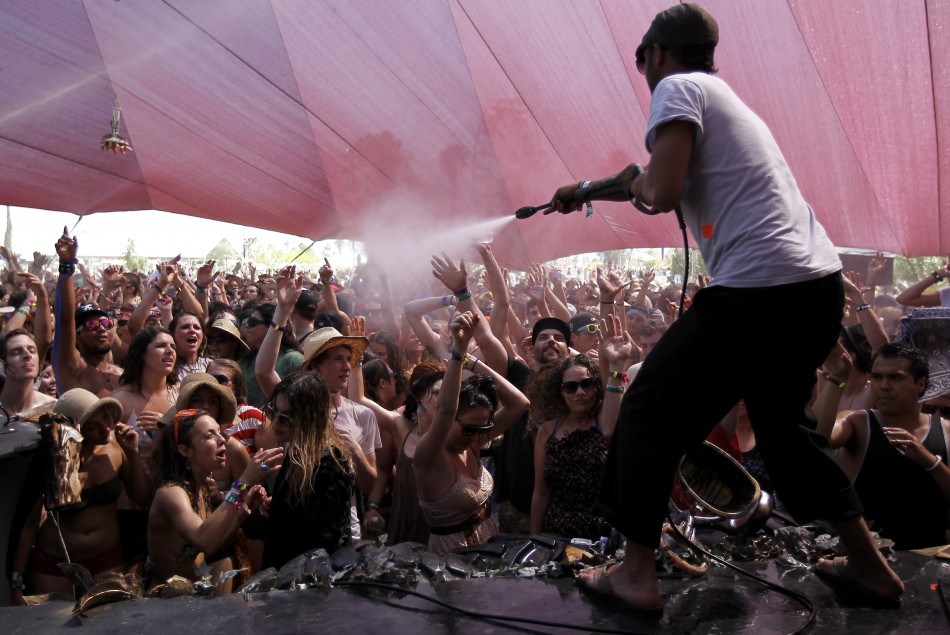 In case you haven’t heard of The Hype Machine, it’s a curated stream of new music from all corners of the Internet that walks the fine line between being super cool and very, very popular. It’s the modern juke box, the mix tape service all the kids are throwing on at parties these days.

The Hype Machine tracks a variety of MP3 blogs. If a post contains MP3 links, it adds those links to its database and displays them on the front page. Users can then search through The Hype Machine for latest tunes in the blogosphere, most popular artists, songs posted on Twitter, songs other people are listening to on the site, or they can tune into a monthly radio show. The Hype Machine’s founder Anthony Volodkin, a Russian entrepreneur living in Brooklyn, “wakes up in the morning to get people excited about music.”

When Volodkin was recently in Brazil, he ran into Database, a band that makes electronic music, and they told him all about how being blogged about and having activity on The Hype Machine helped them book gigs not only in South America but in America too. “That’s the coolest thing ever,” says Volodkin. “Someone can make money when we don’t even have to do anything.” Volodkin also says that he recently caught up with Foster the People (a band that’s topped Spotify’s charts in the past few months), who said that the initial burst of attention they got on The Hype Machine allowed them to make more music and grow. (Video interview below!)

What’s even more impressive is that the bootstrapped Hype Machine team has been running solely from advertising, app sales and music sales since its launch in 2005. Check out this screenshot of what the site looked like back then.

Volodkin has just hired the ex-GM of PureVolume, who is known for throwing huge SXSW events, to bring his staff up to 5 fulltime people. The official Hype Machine iPhone app, named Hype Radio was finally uncorked in May of this year. Since then, there have been several updates to the app; it’s much more stable, easier to access your friends’ favorites on the site; and blogs are presented in a much nicer way, under Latest. “We’ve had a lot of dialogue with our users recently about the iPhone app,” says Volodkin. “It’s a bit different from the site since it’s a radio experience, so some were frustrated at first. But then, when we followed up with them a few months later ,we got a lot of good responses, they’ve gotten into it, which is super exciting.

Volodkin says the mobile stuff has been taking up a lot of the team’s energy and that there are now Android and Windows apps built by developers using the private API, which he says will hopefully soon be public. Get the iPhone app here. $2.99 in the U.S. or £1.79 in the lovely UK. And if you haven’t yet given The Hype Machine a listen, do yourself a favor and do so here.

As an added bonus, watch this video of Foster the People talking about getting attention and listeners on The Hype Machine as a core step in the development of their work, and growth of their fans (@0:43).