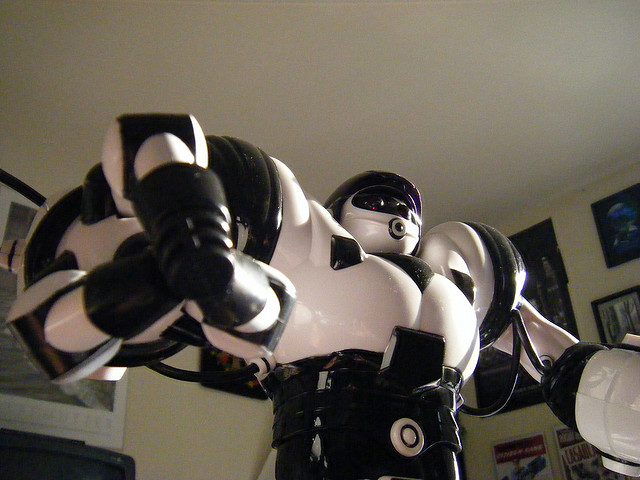 Recommendation technology is getting a renewed interest with consumers, especially after the announcement of Siri’s full integration into Apple’s iOS starting with the new iPhone 4S. Finding a new restaurant or coffee shop to go to in your area is becoming more and more difficult. The Alfred iOS app wants to change that.

The Alfred app helps you find new places to eat dinner, drink coffee, or get dessert by asking you a series of questions when you first sign up.

CEO and founder Babak Pahlavan of Cleversense, the company behind the Alfred app, took some time to speak with The Next Web about some interesting data and news about the company.

When asked about Alfred’s mission and the future of the service, Pahlavan told us:

The mission is to curate the world around you. The Alfred platform wants to make sure you don’t miss places that you could love. Siri’s focus was make understanding out of what you said, Alfred is the next stage after that, more recommendations and learning.

With Alfred, the service is de-emphasizing the need for typing in general searches when you are looking for somewhere to go. Alfred learns what you care about.

The focus is on intention

The Alfred app would rather you just declare your intention. For example, your intention could be “I want lunch”, or “I want dessert”. Based on your location and what Alfred has learned about your tastes, you are given recommendations and shown why you should care about what you’re shown.

According to Pahlavan, 94% of Alfred users prefer to use the serendipity aspect of Alfred, rather than search.

Ultimately, Alfred is about making sense out of a noisy world, one which we broadcast more to it than we get back. We want to take that data and parse it, and look for relevant signals. We want to create an interest graph for the user and make sense of all your checkins and status updates. We are the ultimate discovery engine for the real world.

Those are pretty strong words, but the app does stand up to those assertions.

Once you sign up, you can connect Alfred with your Facebook account. You are then asked a series of questions, such as “Where is your favorite place to get dessert?”. You type in your favorite restaurant or cafe, and you are shown alternative places to visit based on the information Alfred knows about your favorite. The original questions you answers are saved as places you “Like”.

Pahlavan says that active users on average have liked 24 different places, and that they are actually taking the up front time to teach Alfred. The beautiful interface of the app makes that an easy thing to do, and it’s quite addictive once you are given relevant recommendations. The more its users teach Alfred, the more they use the app, Pahlavan says.

What’s next for Alfred

Alfred just launched a new iPad app, which focuses more on consuming content, and teaching Alfred, whereas the iPhone version is more for an on the go experience.

We’re told that big things are in the pipeline for the company, and one of the things missing from these efforts in the physical world is the graph of the user. Alfred wants to curate to a persons taste and their context. What this means, is that Alfred wants to give you relevant recommendations based on the time of day, what day it is, and more importantly who you’re with at the time. A recommendation for you and a buddy will be different from a recommendation for you and your girlfriend or boyfriend.

We’ll be keeping a close eye on Cleversense and the Alfred app, as it will be interesting to see if the assertion that people want to search less, and be given recommendations more comes true.

On a side note, when conducting this interview, both Babak Pahlavan and I were made aware of the passing of former Apple CEO Steve Jobs. We ended the interview abruptly, both agreeing that without Steve Jobs’ vision, something like Alfred would not be possible.

Read next: Meet the finalists of Vienna's Startup Week