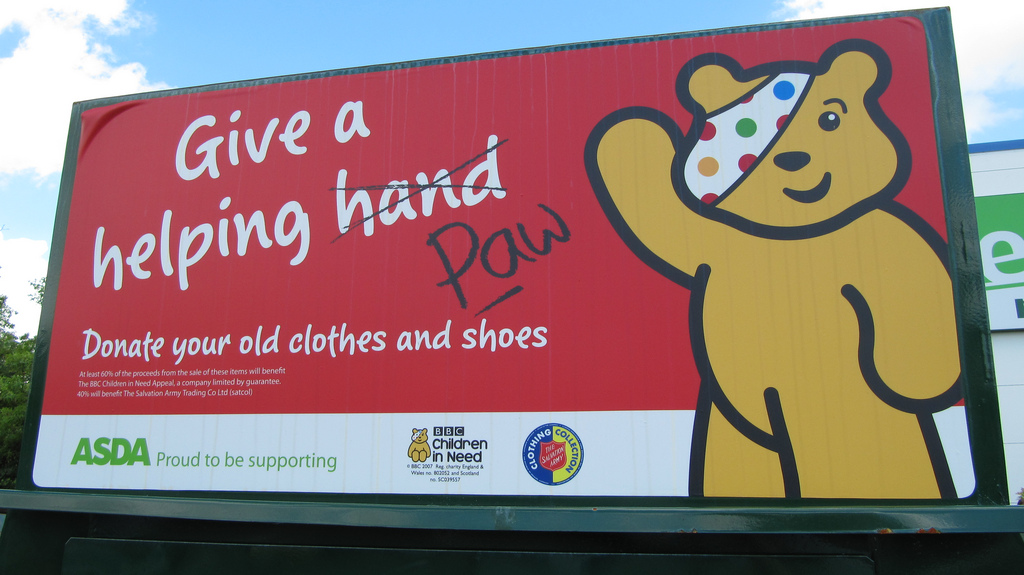 Charitable organizations are nothing new, in fact, they’ve been around for ages. Over the years we’ve some amazing and unique organizations try to tackle disease, illness, or causes in a “new” way. A Different way.

For example, the Lance Armstrong Foundation which promotes LIVESTRONG has built an amazing Community around runners and cyclists to raise awareness for Cancer as well as money for Cancer research. It came up with something very simple, and very unique at the time. Something that has been replicated time and time again, each time with less and less impact.

When you see a yellow wristband, you know what it is. You know that the person wearing it either had Cancer, or knows someone who has or had Cancer. It’s an instant brotherhood and sisterhood. All because of a wristband.

In 2011 we have the Internet, and services like Twitter, Facebook, and YouTube, which allow us to share thoughts, ideas, and random musings in nanoseconds. We connect quickly, we feel and act faster. No longer do we have to wait for the moment where we get to glance that yellow wristband from the corner of our eye. Also, when we’re online, you can’t see a wristband, but you can see a hashtag.

There’s also a disconnect when it comes to raising money. The economy always gets in the way, you’ll hear organizations say “For the cost of a cup of coffee, you can help someone in Africa”. This is absolutely 100% true, yet we choose not to participate and we choose to go about our day. But what do we do a lot of? Use the Internet. We can’t escape from it because we choose not to.

Enter Social Good, a phrase I coined in 2009 before I was diagnosed with Stage 3 Hodgkins Lymphoma. I had done a charity contest for the Make-A-Wish Foundation, and got someone’s Twitter name tattooed on my arm. Melanie Mitchell gave $2,112 to Make-A-Wish. So I have @melaniemitchell tattooed on my arm. That sounds extreme, and it is. But what it demonstrated was, with the tools I had at my disposal I could not only raise awareness about something I care deeply about, children with a terminal illness, I could also raise real money.

So when I was diagnosed with cancer, clearly I decided that this “model” for charity had worked. I created “donation by action“, a concept that enabled people to “give” without having to open their wallets or bank account. I would once again do some Social Good, using my own scary and real experience with the aide of Social Media tools. I started a website called #BlameDrewsCancer, with the conversational Twitter hashtag #BlameDrewsCancer. This site let you “blame” things on my cancer.

Sounds interesting, right? I was able to raise cancer awareness by letting people openly say the word cancer on Twitter, and in droves. But I of course needed the second component, actual money to do actual real world good for people who needed it. So I promised that I would find companies to donate $1 for every unique person that blamed my cancer for something, and I did. And more than that, really. Thank you Drew Carey!

Having said all of that, people have tried to replicate BlameDrewsCancer. They treated it as a gimmick or a “social media campaign” to get followers. Some folks would reach out to me to ask me to pump it up for them. That confused me for one simple reason:

BlameDrewsCancer worked because I’m Drew, and I had Cancer.

The real Good, the real Heart was REAL after all. Some Social Good attempts have done quite well, some huge companies have gotten behind them, and that’s great. Some companies also see it as a way to get free love or advertising, and you know what? That’s OK if money goes to a legitimate organization that needs it. It’s more special and more effective when it comes from a special place.

TOMS does an amazing job at this by giving one pair of shoes to a child who needs them every single time you buy a pair for yourself. This is really smart, and gets people to do some social good while they’re doing something they normally do, shop for shoes.

The End Malaria campaign which continues, has raised a lot of money. This is led by Sarah Ross, someone I would dub a passionate champion of Social Good. Last year, Twitter changed every mention of the hashtag #endmalaria, into an icon of a little fly, the main carrier of Malaria. You can guess the type of awareness and fundraising this initiative caused.

Matt Galligan, the founder of SimpleGeo, has started something called “1% of Nothing“, which is asking startups to donate 1% of their company to charity, even before they’ve raised money. This is in a word, amazing.

Galligan has this to say about the initiative:

Our mission is to get startups to donate 1% of their equity, and then possibly 1% of their time and profits to non-profits of their choice, or our recommendation. Then, when that company exits, it can be a massive windfall for whatever non-profit they might be partnered with. It’s our belief that when teamed up, startups will be able to add a lot of power behind the philanthropic organizations that need it. My first company, Socialthing, donated 1% of our equity to the Community Foundation in Boulder, CO and subsequently became their largest donation in 2008, when we were acquired by AOL. It was an incredible opportunity, and the money eventually lead to a significant investment in the Boulder County school system. We want to bring those kinds of opportunities to more entrepreneurs that might not know the options exist

These are just a few examples.

But the fact remains that Social Good is very real. You can do great and charitable things, really fast, with the tools you use every day, and there are eyeballs and hearts waiting to accept your efforts.

No matter how small or large they are.

Read next: Cydia and Jailbreak apps: The ecosystem, developers and increasing revenues