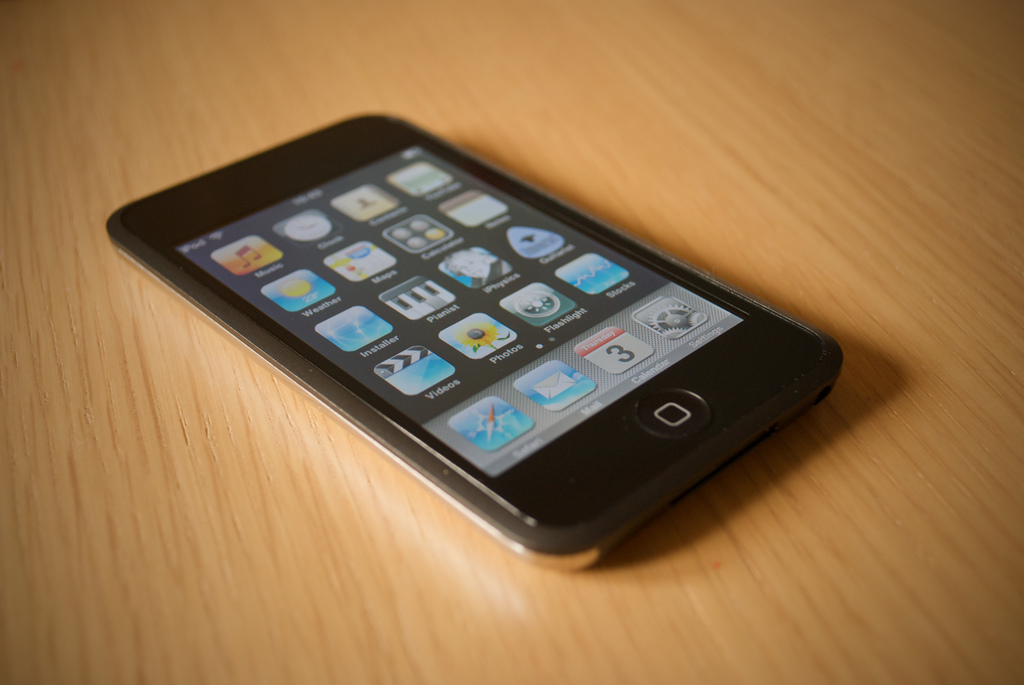 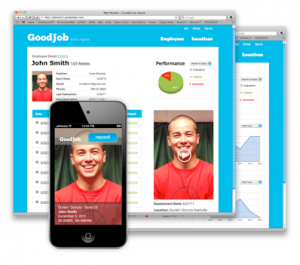 Fast food, also known as quick-service restaurants (CSRs) are a high-turnover industry, as everyone knows. The loss of a single employee, to the company, can amount to a $2,000 expense. If that employee happens to be management, then the cost is closer to $15,000. The employees are undertrained, overworked, underpaid and generally under-appreciated.

“So what can we do to make them smile 1 more time per day?”

That’s the question asked by GoodJob co-founder Chris Blanz and his partner Scott Rouse. Because they understand (given research) that an employee who stays for 30 days will likely stay for 90. If they cross that 90-day mark, they are likely to be a long-term employee.

It’s with these facts in mind that Blanz and Rouse have built GoodJob. It’s an employee feedback and retention system, disguised as assessment. By providing a simple, fast way for management to assess and then video-record on-the-spot feedback for an employee, GoodJob is hoping to bring more smiles to the faces and save companies some cash.

GoodJob has just graduated from Jumpstart Foundry, a TechStars Network accelerator in Nashville. Blanz and Rouse stand out like sore thumbs in the crowd of 20-somethings, the two of them being self-described “seasoned” (read that as 30 or 40-something) entrepreneurs. Blanz spent 10 years at a marketing and branding company called Cabedge which “continues to do great things”, and Rouse found success with an “ideas factory” named IdeaBang, but they were looking for his next challenge.

Blanz says that he and Rouse had been “kicking around different concepts for a while”, when they met up with Michael Burcham, CEO of the Nashville Entrepreneur Center (where JS Foundry is housed) who told them “prove it, show me some ideas.” So they showed of the initial idea for GoodJob, which was a video method for doing non-disclosure agreements.

Obviously the idea has morphed into what GoodJob has become today, along the way getting a massive amount of guidance from the JS Foundry mentorship team.

“We explored new ideas and modeled different possibilities. We found out that GoodJob would be a great idea when it came to non-profits and fundraising but then one of the mentors walked in. He owns 5 franchised restaurants. He recognized that there might be a tool here that he could use to document conversations between managers and employees.”

Those conversations are massively important. Positive feedback, according to research done by the team, is the single largest factor in employee retention. When you’re talking about an industry that has a turnover rate in excess of 123%, that’s huge. Now take into consideration that there are over 221,000 fast food restaurants in the United States alone and you’ll get an idea of how big the potential market is for GoodJob.

“Even if we can only create a 2% reduction, in a market with 220,000 restaurants, that’s a huge impact on the industry.” 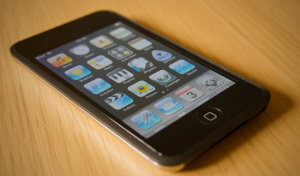 That impact will come by using an iPod touch (it’s included in your subscription price) to record on-the-spot assessment for employees via a mobile app. Whether that assessment be praise or reprimand, the video and included information is then uploaded to a personalized website where it can be accessed and tracked by the rest of the management staff.

In short, not only does it save time (an average GoodJob assessment is 30 seconds), it also puts management in constant communication via notifications, lowers liability (no more will 2 people be in a locked office in the back of the building) and encourages management to be proactive both in reprimanding and praising employees.

The team has focused GoodJob directly at the quick-service restaurant industry, but it has also formed a parent company under the name iAgree, Inc. If I had to venture a guess, the success of GoodJob will lead to opportunities in other areas, as well.