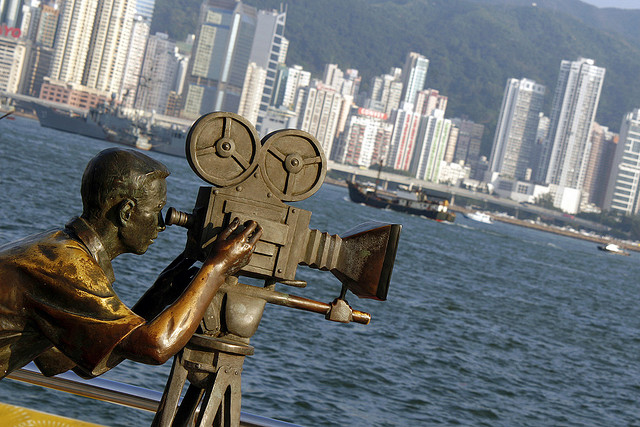 A lot of people out there like to shoot videos, but few people think of themselves as video editors. This means that there are countless hours of footage on people’s iPhones, Android devices, Flip Cameras and other digital video recorders that just sit there. What WeVideo has set out to do is unchain all of this content and free people to be creative and collaborative.

Similar to Web-based photo editor Picnik, WeVideo has most of the tools someone would need to make a well-produced, and well-received video, and to do so collaboratively. But there’s a lot that WeVideo offers that makes it comparable to Apple’s native iMovie or a stripped-down version of Final Cut Pro, the standard-bearer for video editing, and the tool used by many movie producers. With WeVideo you can modify the color and saturation of frames, on the fly and adjust sound levels, and pretty much anything that an experienced video editor would, all from the Web. And the tool works across devices, so you can access it from an iPad for instance.

Another handy feature is non-destructive editing, which means that even if you’re sharing your timeline with someone else, you don’t have to accept their changes if you don’t like edits that they’ve made. And WeVideo is a product with a strong case to make for being freemium. While basic users may not care much about the output resolution, storage space, or effects, a news organization or a school might opt for a more expensive package to suit their needs.

The idea of online video editing is not new. Stroome was another DEMO ’11 startup with a web video editing product similar to WeVideo. Stroome was used by Egyptian activists during the January 25 revolt to upload and share camera phone footage of protest activity, and combine it with the perspectives of others on the ground. Comparisons were also made to Animoto, a tool that allows users to upload photo and video clips to make shareable slideshows, but WeVideo and Stroome are specifically about making videos. And there have been tools such as Swedish JayCut, acquired by RIM, that have been attempting to solve this problem for years.

However, what sets WeVideo apart is the level of professionalism of the editing tools available on their platform. And perhaps what’s most exciting about WeVideo is the prospect of a marketplace for services around online video editing forming. After reaching a critical mass, such a market would provide an excellent place for people to advertise and sell their skills as video editors, motion graphics designers, or their custom-built filters or transitions that aren’t currently part of WeVideo’s offering.