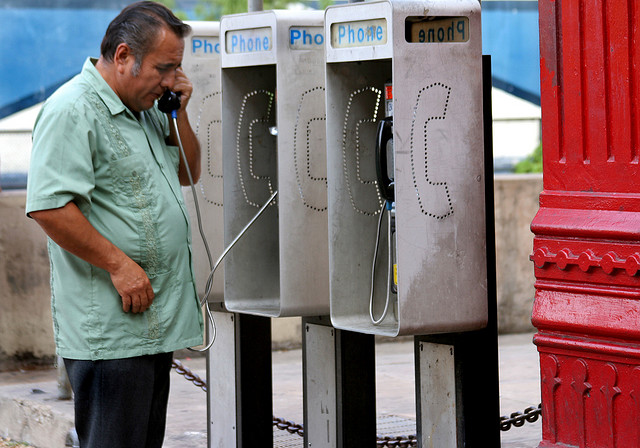 Irvine, CA-based startup Drumbi is today launching its new iPhone and Android app that wants to revolutionize the phone call.

With Drumbi you’re now able to specify the topic of a phone call, as well as the location from which you’re calling before you place it. You can also designate the urgency of your call, so that when the recipient answers they’re well aware of the context and other relevant information you would have had to explain anyway.

No more, “Hey, how ya doin?” or small talk when you’re in a rush. Drumbi will combine the efficiency of a text message with the intimacy of a voice call. Think of it as phone-based version of the email tool Rapportive.

“The most significant innovation to voice-calls over the past 20 years was caller I.D.,” says Drumbi co-founder and CEO Shervin Talieh. “There is an opportunity to completely rethink the dated, existing conventions pertaining to the phone. The Drumbi platform will dramatically change and improve how all calls are made and received.”

After a phone call is placed, users who have linked the app to their social profiles can share it through their various networks.

The initial focus of Drumbi is to improve consumer-to-consumer communications, but it has a larger vision to improve communications in business as well. Imagine a day when you’re able to place a customer service call and specify your question before you place the call, and it will be routed to the most relevant person in a timely fashion. What’s possible for consumers and businesses when such a technology is universally adopted is a thrilling prospect indeed.

The app is free, and was publicly unveiled at the TC Disrupt conference. Now if they can only do something about all the dropped calls on smart phone networks, that would be an even bigger revolution!