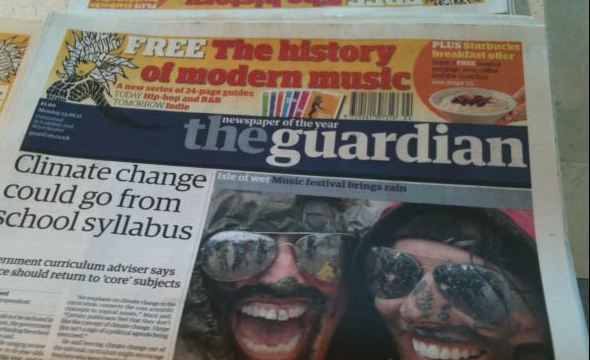 The UK’s Guardian newspaper is now available on Android, and the good news is it’s free of charge.

The publication launched its subscription-based iOS app back in January, and whilst the mini iOS app version offers a selection of stories for free, access to the full app in the UK costs £2.99 (or local currency equivalent) for six months, or £4.99 for 12 months via an in-app purchase. The iOS app is free and ad-funded in the US, where it has been downloaded over 50,000 times.

By contrast, the Android version will be completely free, though it will be supported by advertising.

The app features all the content you’d expect from the Guardian, covering news, sport, comments, reviews, videos, podcasts and picture galleries. Its key features include:

Since the Guardian’s new iPhone app launched in January 2011, it has been downloaded over 500,000 times globally, with 86,000 of those going on to take out a paid subscription. The Guardian also has a mobile-optimized version of its website for browsers, and on August 9th this year, a record 803,000 visitors accessed this site from their handsets.

“In a year when the number of people accessing our journalism and content on mobile devices has soared, reflecting not only the different ways people are consuming news, but also the relentless news agenda, we’re thrilled to be offering another key mobile product to our audiences. We’ve seen over half a million downloads of our re-launched iPhone app this year, and with over 150 million activated Android devices worldwide the potential audience for this product is huge.”

The app was designed and developed by an in-house team using the Guardian’s content API and is available to download now from the Android Market around the world.