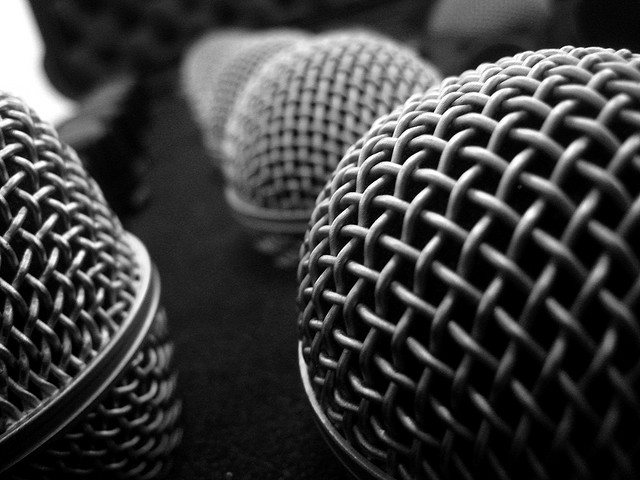 The music industry is not known for welcoming innovation. In fact, it’s downright hostile.

If you’re a talented programmer, there’s a good chance that you’d rather hang yourself with your laptop cord than join a music startup. And good luck getting investors.

Funny then that so many musicians and industry types are clamoring to work with Rap Genius, a Bay Area startup that has created a massive and growing community around music lyrics. On Rap Genius people can post song lyrics, and then discuss the meanings into minute detail. As simple as it sounds, it’s one of the most prolific answers to the question of how to build and retain an online audience. As it turns out, two percent of all Google searches are people trying to figure out what Outkast said in the chorus to Rosa Parks, or just how much sense Ghostface Killa makes in his raps.

With traffic that is on a trajectory to exceed 5 million unique visitors per month soon, Rap Genius is on to something big. Music is the original social media, after all. For millennia, the best way to store and transmit information was through songs. Much of what we know about our ancient past, before written records, is because people composed songs, which were passed on from generation to generation. Bringing the community together online around music lyrics is a tech-enhanced twist on a very old concept.

“Everyone wants a piece of Rap Genius,” says co-founder Mohbad Moghadam. “We thought things would be a little more tense.” Moghadam told me that they’re looking to reach out to to artist’s representatives for superstars Lady Gaga, Jay-Z, Kanye West, Madonna and Tyler the Creator of the group Odd Future. “People want to see where it goes with every written art form,” says Moghadam, not just rap lyrics.

On tap are standalone sites for rock lyrics, possibly under the name Stereo IQ, and the poetry site could be called Poetry Brain. Facebook pages exist for both, though their membership lags behind the main site. Biblical verses could be another winner, in no small part due to the frequency with which rappers quote the Bible, or refer to biblical concepts. But any form of the written word, such as literature, and all musical types could be part of the mix some day.

And while the site relies on the crowd to contribute content, there has been only one serious incident of vandalism. If only Wikipedia could say the same. When the the Rap Genius vandal was eventually tracked down, it was discovered he had also contributed three very legit commentaries for songs, but he couldn’t pass up the opportunity to leave his mark in other, more malicious ways.

There have been some pretty unexpected uses of Rap Genius, too. Wall Street Journal reporter Robbie Whelan used the site to search for rap songs that mention the word foreclosure, after reports surfaced that musicians such as R. Kelly, Xzibit and even Nelly were in danger of having their homes repossessed by banks.

By placing advertisements on their site, Rap Genius could generate significant revenue, with Web traffic that would make almost any content-driven site green with envy. Lots of other avenues are open for turning the site into a business. A premium version of the site is one possibility. Creating sponsored pages, where musicians or labels generate activity around new album releases and other content. There have been discussions with an agent to pitch network Comedy Central the idea of a Rap Genius television show, which could be similar to Mystery Science Theater 3000.

The site was never meant to be profit-motivated, however, and there’s a pretty compelling educational component as well. Moghadam says that he thinks people who are contributing textual analysis to the site may be learning more from their disection of song lyrics than they are in their school work. Could a Rap Genius profile replace a resume some day? That would definitely be a different business.

Moghadam says Rap Genius is looking to hire a programmer immediately, and that users should be expecting a mobile site. Already 17 percent of site traffic comes from mobile devices accessing the desktop version of their site.