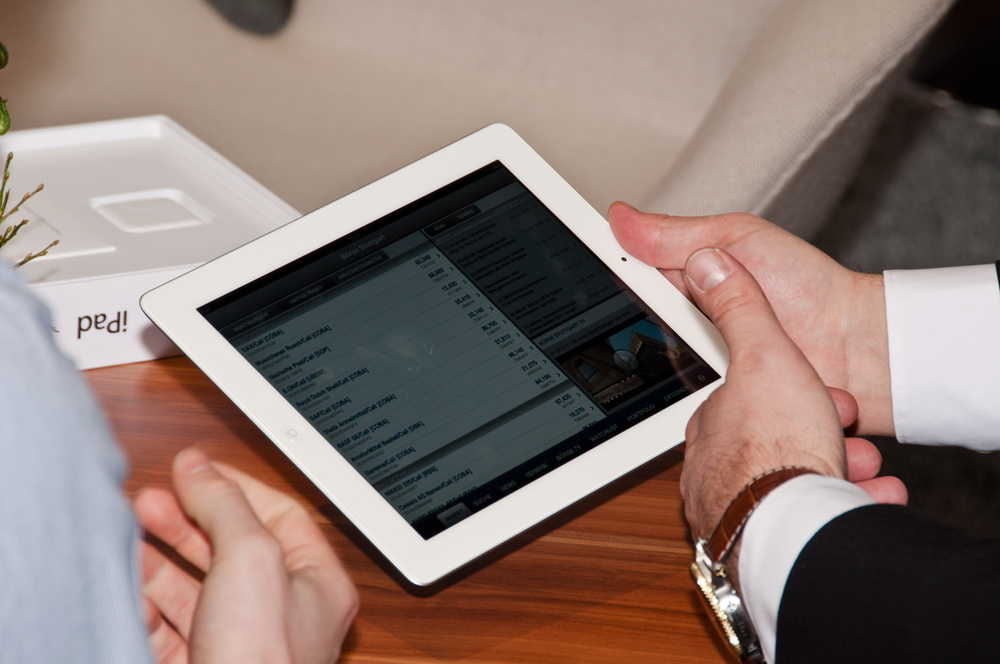 Have you ever been to a wholesaler’s trade show?

Imagine a aircraft-hangar sized space with thousands of buyers and sellers writing orders.  They all have smartphones, and many of them have iPads.  Yet, almost all of the reps are writing orders on paper, handing the buyer a yellow-paper carbon copy, hoping that their handwriting is legible, and taking the order back to the office for some poor schmoe to type in by hand.  It feels like a timewarp, but it’s actually pretty much every tradeshow in the year 2011.

Glen Coates has been to his fair share of trade shows. The Aussie born, former DJ turned entrepreneur has found himself in New York City as the CTO of Handshake, an app that’s converting an archaic paper system to a digital system and using the iPad to pave the way. Coates aims to “bring wholesale out of the Discman age.” The app lets you write orders, scan barcodes with your iPhone camera, email order confirmations, print copies instantly with AirPrint and works seamlessly with excel. Sellers can offer their entire catalog and multiple product lines simultaneously with multi-currency support.

All iPad transactions are synced to Handshake’s web server, where a manager can provision rep sales. Handshake also offers wholesalers an online customer portal where merchants can check up on inventory. Let’s say you’re a shoe store and you want to order 100 shoes all in blue. You’d have to call the wholesaler and have them tell you, No, sorry we only have 80 shoes in blue. “There’s no Zappos like experience for wholesale,” explains CTO Glen Coates.

It operates like Square for B2B, sans hardware and targeted for the wholesale industry where payment is slightly more complicated with terms like Minimums, Case Packs and people often receiving goods before paying. At this time, Handshake is working with over 150 companies.

Coates isn’t targeting big brands like Nike and Coca-Cola but smaller manufacturers who struggle with the inflexibility of apps like Shopify. And with no set up fees and monthly packages starting at $14.95, it’s much cheaper than competitors like RepZio, according to Coates. And the best part about Handshake’s pricing options? Let’s say you only want to use the app when you’re at a trade show? Simply drop the account to 0 users and only pay monthly fees when it’s trade show season again. Check out a full list of Handshake’s pricing plans here.

My travels are so much easier! When I leave the client, the order is already confirmed at the supplier and product arrives faster than ever before.

I actually got a chance to play with the app while visiting SoHo’s WeWork Labs in New York City, where the startup is based. While I’ll likely never find myself working in the B2B wholesale world, it’s a slight shame as the app was one of the best I’ve encountered. It was extremely fast, intuitive and well designed. Check out this teaser video below and you’ll see how the CTO is also a former DJ:

Handshake has just released version 2.1 of its app. New features include:

Are you a wholesaler interested in a digital upgrade? Download Handshake through the App Store for your iPhone or iPad. Featured image source: Shutterstock/Frank Gaertner