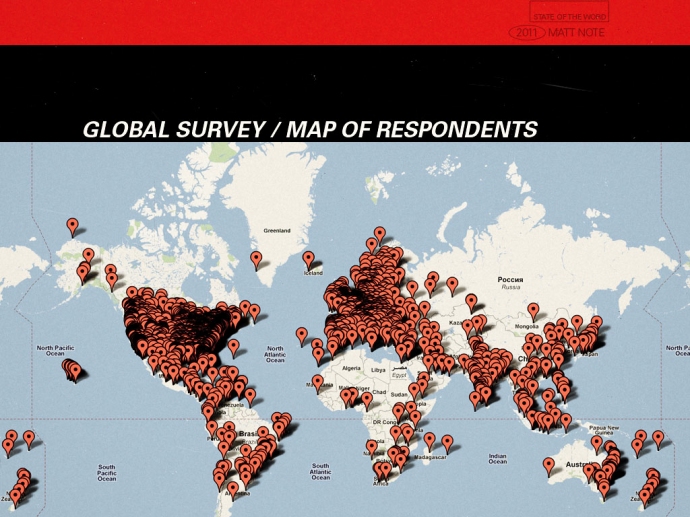 Automattic founder Matt Mullenweg just dropped us a note with some exciting new stats about the continued growth of WordPress, one of the world’s top online publishing platforms.

According to a blog post published today, WordPress powers 14.7% of the top million websites in the world, up from 8.5 percent one year ago. The latest figures show 22 out of every 100 new active domains in the US are running on WordPress.

The popularity of microblogging platforms such as Twitter and Tumblr has led many to wonder if the long-form blogging medium is on the decline. However, while microblogging as an activity may appeal to a distinct user base, WordPress is a robust, customizable publishing platform that powers the websites of many top media brands, including The Next Web.

A user and developer survey was also conducted, with more than 18,000 respondents sharing their experiences. Among the standout findings, there were 6,800 self-employed respondents who were personally responsible for creating more than 170,000 sites, and charged a median hourly rate of $50. Mullenweg says that if each site took only thre hours to make, $29.5 million worth of work at would have been complete on the sites at that hourly rate.

There’s a full dataset is available, and it’s a 9MB spreadsheet in CSV format.

If you find out anything interesting from crunching the numbers on your own, we’d love to hear what you’ve learned.

Read next: Apple now worth as much as all 32 eurozone banks by market cap