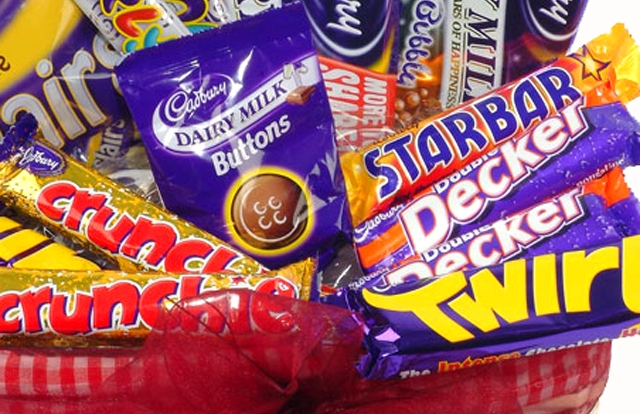 We first covered Blippar back in June, when it gave The Next Web a demo of the augmented reality (AR) app that “brings brands to life”. Blippar sells itself as the first image-recognition mobile platform aimed specifically at brand-consumer engagement

And to celebrate the official launch this week, the guys behind Blippar have teamed up with Cadbury to turn chocolate bars into an augmented reality game, in what  Blippar is calling “the world’s first official AR game triggered by, and played off, product packaging”.

Blippar is a mobile app that converts real-world images, products and adverts into virtual experiences, and to promote its launch the the startup has allowed Cadbury to create an augmented reality game that anyone with an iOS or Android device can play.

First up, download and install the free iOS or Android app, run it, and then point your device’s camera at a Cadbury chocolate bar – be that a Dairy Milk, Twirl, Boost or many others. The instruction screen of ‘Qwak Smack’ will ‘blipp’ from the wrapper on to your screen as if stuck to the bar.

“We loved Blippar from the moment we saw it in action. We were blown away by the technology and we’re certain consumers will be. With one in three UK adults owning a smartphone, the potential market for initiatives like this is huge and we are proud to be bringing this incredible technology to the masses. It doesn’t seem all that long ago we were all marveling at what QR codes could do but Blippar’s ‘markerless image recognition’ technology takes the experience to a whole new level.”

The game itself lasts only 30 seconds, but it is fun. You basically tap as many quacking cartoon ducks as you can, as they emerge from the chocolate bar on an augmented-overlay on the screen. You can then submit your score and then be entered into a draw to win prizes.

“We are thrilled to work with Cadbury as launch partner to demonstrate a gaming experience using its product packaging. The implications are enormous and we look forward to being at the forefront of delivering compelling AR experiences for users with other exciting brands.”

Fun launch campaigns aside, the longer term implications of such technology could be far more wide-reaching. Mitra continued:

“Image-recognition enabled augmented reality is far from a ‘gimmick’ and will fundamentally change how consumers interact with their favourite real-world brands. Blippar has been built to bridge the gap from physical to digital and enable real-time interaction in mobile situations.“

The Blippar app will also offer ‘blipps’ on everyday objects – so for example, a use-case could be that you scan your London Transport Oyster card with your smartphone, and times and delays could be displayed. Blippar is set to cover thousands of listings, and it has multiple brand partnerships in the pipeline.

You can download the Blippar app from the Apple App Store or from Android Market now. Please note, the Android version still seems to be in beta mode, and it may not work on all devices just yet.

Read next: FA Cup football match to be streamed live on Facebook