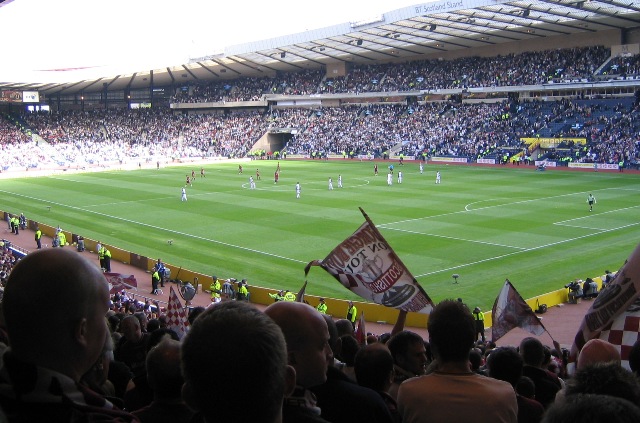 Indeed, Europe on the whole is a hotspot for football, with most of the world’s top players plying their trade there, and the Champions’ League Final is now the most watched annual sporting event around the globe. If you’ve been missing the beautiful game over the summer break, your wait is almost over.

In fact, some of Europe’s leagues have already kicked off the new season. The Scottish Premier League was one of the first up, with the season starting on July 23, whilst the German Bundesliga commenced last weekend. But this weekend sees the English Premier League kick-off the 2011-12 season, and to get into the spirit of things, we’ve pulled together a compendium of some of the best football apps to help you get the most from the season.

1.Football on the TV: For armchair fans

Google is a wonderful tool for helping you discover information, but sometimes there’s no beating a dedicated, purpose-built app to help you tap into a very specific piece of information. And that’s why armchair football fans should look no further than the Football on the TV app, which is £0.69 to download for the iPhone, iPod touch and iPad.

This app is fairly self explanatory – it lets you know when live football is on TV, what teams are playing and what channel the match is on, including digital and terrestrial TV channels, whether it’s in standard definition, HD and 3D. It has the data for 15 days into the future, and automatically updates each time you connect to the app. Plus, it will even remind you when a game is about to start.

You can select your favorite team from all the English Leagues, Scottish Premier League, La Liga, Bundesliga, Serie A and more. Other matches covered include Champions League, Europa League, FA and Carling Cup, Scottish Cups and the Euro 2012 qualifiers.

Knowing what football matches are on and when is great, but watching games on the go takes the mobile football experience to the next level. And Sky Go will let you do just that.

Sky Go is currently only available for iOS devices, but an Android version is expected later this year. Essentially, Sky TV customers who subscribe to Sky Sports 1 & 2 can get access to sports on TV wherever they are in the UK and Ireland at no extra cost. You actually get access to all five Sky Sports channels, plus Sky News, on your iPhone, iPad and iPod touch.

Goals for many matches are available shortly after being scored, but 3pm Saturday games – which, let’s be honest is the majority – are available from around 5.15pm. The app includes live scores, fixtures, results, match stats, video highlights and clips of every goal for all 380 games this season.

4. Goal.com: News and action from the top leagues

If you’re a football addict, there’s usually a match being broadcast most days. For when there’s not, Football Kicks is a great game app to help you master your free kicks, directly from your armchair – but be warned, it is highly addictive.

It has three game modes: Beat the Wall, Beat the Clock and Sudden Death. It’s free to download, though you can make in-app purchases to gain access to extra features, and it’s available on Android and iOS.

This is a great little free app for iOS, simply select your team and iFooty will help you keep track of league tables, give minute-by-minute updates for live matches and news. Plus, you can also live chat with fellow football fans, and access thousands of video clips.

The app supports all the main English leagues, plus the Scottish Premier League, Champions League, Europa League and all the main domestic leagues across Europe, Asia and the Americas.

We covered this one in depth last week. Bantr is the social network for football fans, a place where people can check-in to games, vote on the action, view live stats and even ‘banter’ with rival fans in real-time as a match unfolds.

Bantr was launched as a Web app last weekend, though mobile apps are in the pipeline too, and it should work across most devices and platforms.

It’s available for all English teams at the moment, though anyone in the world can sign-up, as long as they indicate which English team they support. It will eventually be opened up to other leagues in the UK and Europe.

Bear in mind this app is still in public beta so you can expect some teething problems for the time-being.

8. Fantasy Premier Manager: Be your own football manager

This app works in conjunction with the English Premier League’s official fantasy football game. This Fantasy Premier Manager app works for Android (there is one by another developer for iOS) and it lets you manage your fantasy football team. This includes picking your team each week, choosing your captain and making transfers. It’s a good app that’s currently being fine-tuned for the soon-to-start English Premier League season.

See for yourself how it works:

We should probably also mention SquadCoach.com, which is straight out of The Next Web’s labs. It’s an online football management game, currently based on the real Dutch competition (thus, it’s all in Dutch). It’s a free game that lets you challenge friends and determine who has the most footballing knowledge.

There are many obvious candidates from the gaming sphere that could’ve made this list, but the idea here was to focus more on functional football apps. That said, alongside Football Kicks, Pocket Soccer has to be up there as one of the most playable, free football game apps.

The game is a simplified ‘button football’ game, not too dissimilar to air hockey, which you can play against the computer or against friends. This app is Android only.

The FreePlay Football Quiz is pretty self explanatory. This is a great way to test your knowledge of the beautiful game from around the world.

This particular app is Android only, and it features 1,500 football-related trivia tidbits.