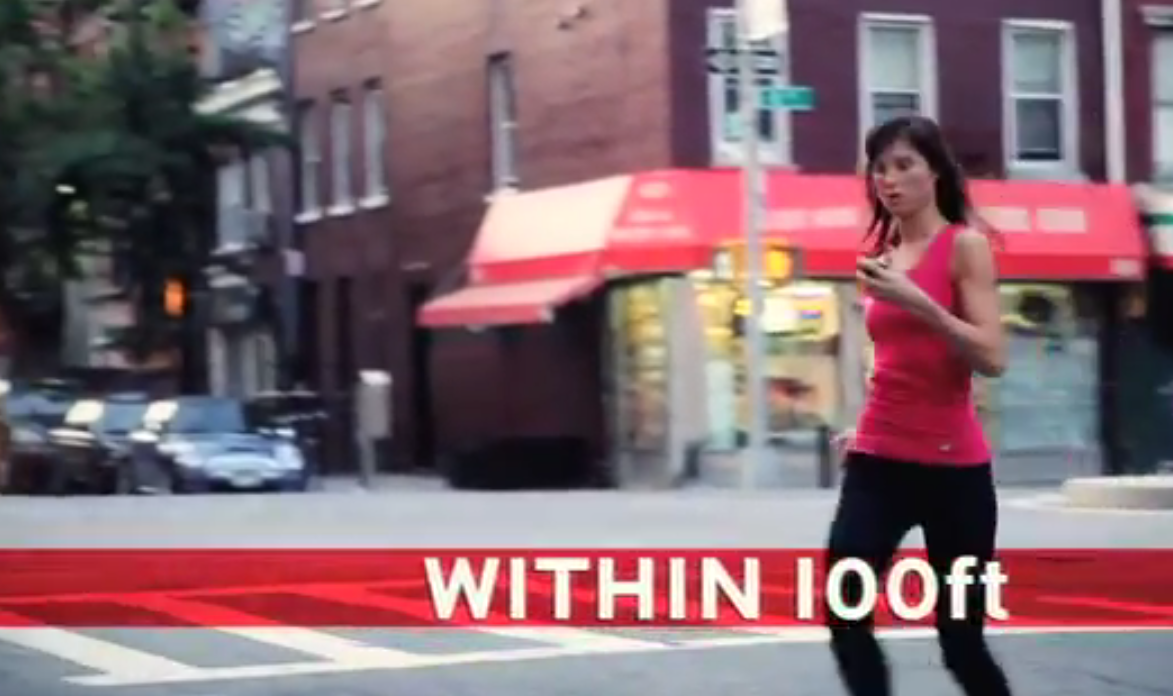 A new campaign from New Balance aims to have you running around the city chasing after golden batons in an attempt to win a 14k gold baton worth over $20,000 using an iPhone app. You have to download the Urban Dash app from the app store and once you do at a certain time some virtual batons will be released around the city and the first person to run and grab it virtually will then own the baton.

Once you have the baton you then have to run to the main New Balance store to redeem your prize of a pair of shoes and be in with a chance of winning the gold. There is one slight twist in that if other runners get close enough to the baton as you run (they can track it’s progress via the app) they can steal it from you and run off with it themselves. The idea is that hundreds of runners will engage in a massive game of cat and mouse around New York and get huge buzz going around the latest range of shoes from New balance.

It’s yet another example of the online and offline world’s mixing for a marketing campaign and the agency behind this have to be admired for linking it in with the core activity of running. The one small worry I would have is what happens if somebody gets smashed by a car while sprinting across the road! Check it out here.

Read next: Your Twitter stream just got less noisy and more useful