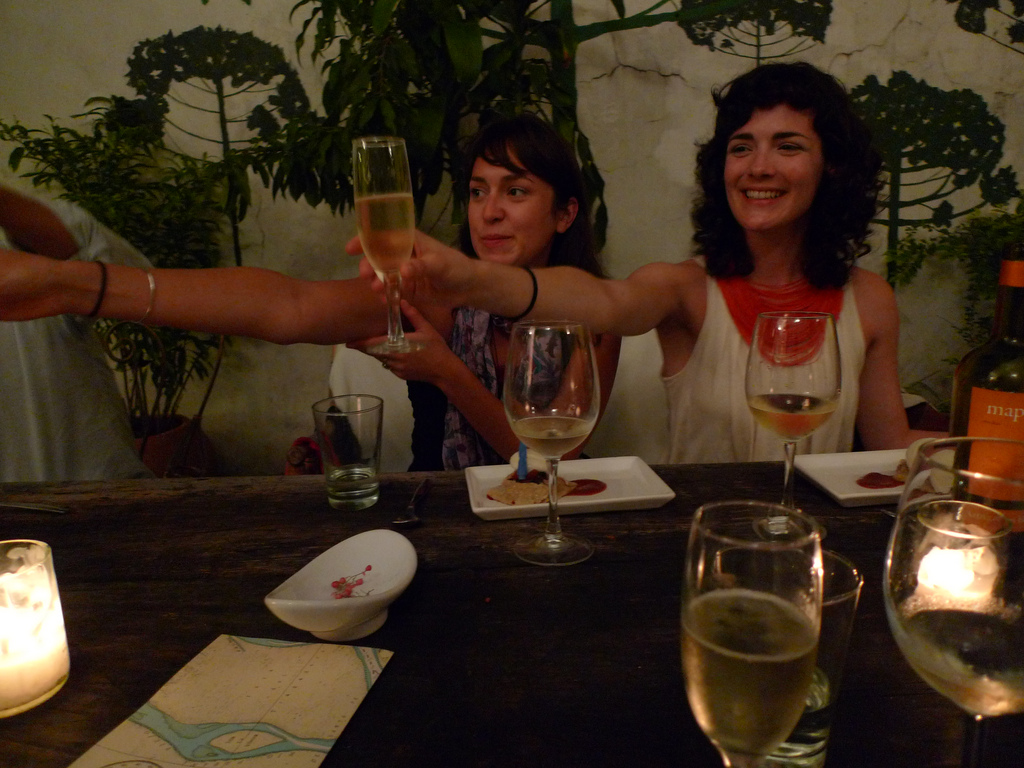 In today’s wired world, we are able to form multitudinous connections very quickly. This has spurred multi-billion dollar online social networks and constant opportunities for networking parties in the real world. So now it’s all about cutting through the noise, and what better way to accomplish that than over a nice meal?

Grubwithus, a YC startup out of Chicago, is a dinner reservation site that brings those connections into real life, allowing diners to both network with new people while enjoying a proper meal. It’s where online dating meets active networking meets regular people who love a good grub. In just under a year, the site has had over 22,000 users, 4,000 reservations and 450 restaurant partnerships.

“Having been a foreigner, I know what it’s like to not know anyone and be intimidated to go out and meet people. This is a great way to ease your way into a new city. You are truly treated like royalty when you arrive, so you should definitely wear stretchy pants because the chefs stuff you with food every time.”

– Grubber Carolyn Breit, who found her current job by attending a Grubwithus meal.

Grubwithus founders Eddy Lu and Daishin Sugano went to college together, did their corporate gigs, hated them and decided they wanted to do something on their own. They were working on everything from iPhone apps to cream puff stores. After moving to Chicago and quickly realizing they didn’t have any friends in Chicago, they thought long and hard about what was so special about taking our online social networks offline.

How it works: Users browse for meals, reserve a spot and then attend the dinner. With every reservation the price of the meal goes up $0.50. Meals sell out fast. In New York, it’s sometimes more than a month in advance.

Grubwithus officially launched in August 2010, so it’s nearly time to pop the champagne. To celebrate, Grub With Us is sporting a fancy redesign today with new features like “Launch Squad,” which is a tool for cities that haven’t launched yet that allows enthusiastic grubbers to help nominate their city. Users can apply to join their city’s Launch Squad to become ambassadors, helping to launch Grub With US in their home city. Other features include opt-in notifications such as when you follow any restaurants or have special interests around themed meals like vegetarian, fashion, tech, etc.

Grubwithus currently operates in Chicago (its biggest market), San Francisco, New York City, Washington DC, Los Angeles and Boston. Seattle, Atlanta, Philadelphia and Austin are on deck. If your city didn’t make the list, you can suggest it here.

“I think everyone is dying for social connections right now,” says Sen Sugano, Grubwithus’  Business Development Director. “Yes, networking online is great and what not but I think people are realizing they need a real social interaction. That’s what I see Grubwithus doing.”

Grubwithus works with restaurants to negotiate better deals and then adds a small service fee. The company has even inspired a couple Asian imposters (which some might say is a sign of true startup success!): 17Laichi and Group With Us. Grubwithus finished its seed funding in March and raised $1.6 million, including an investment from notable actor/tech investor Ashton Kutcher.