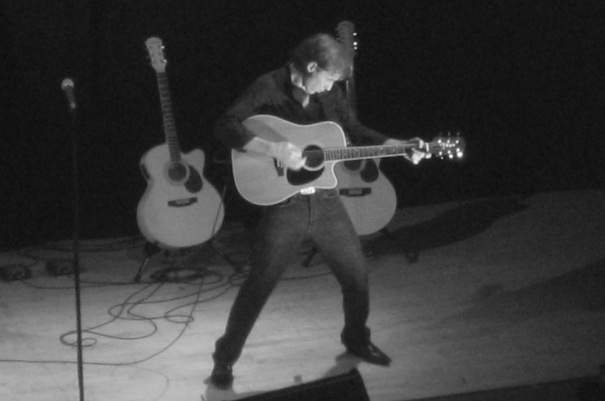 Earlier this week, we wrote about British band the Vaccines using Instagram to crowdsource the creation of its new music video.

Today, we bring you Coverjam, a new iOS app that automatically taps into tagged images on Instagram and Flickr to create slideshows which run in tandem when an artist’s music is playing on your portable device.

A fresh set of slides launch each time a new song starts, or if you want to load a new batch of photos manually, simply hit the refresh button. You can also ban photos that you don’t like so they’re not shown again within the slideshow.

“Coverjam is the perfect way for an artist’s fans to see the latest and greatest images of the acts they love. Whether it’s the latest tour photos, new photo-shoots, or art created by other fans, the photos in Coverjam are sure to delight the most avid music lovers.”

The free version of Coverjam includes advertising and is available for iPhone and iPod Touch devices, however it will run in 2x mode on iPads. Coverjam Pro has no ads, and offers a full-screen functionality on iPads, iPhones and iPod touches, at a cost of US$0.99.

Check out the official Coverjam promo video for the app here:

Read next: Google should have worked on social earlier, admits Schmidt