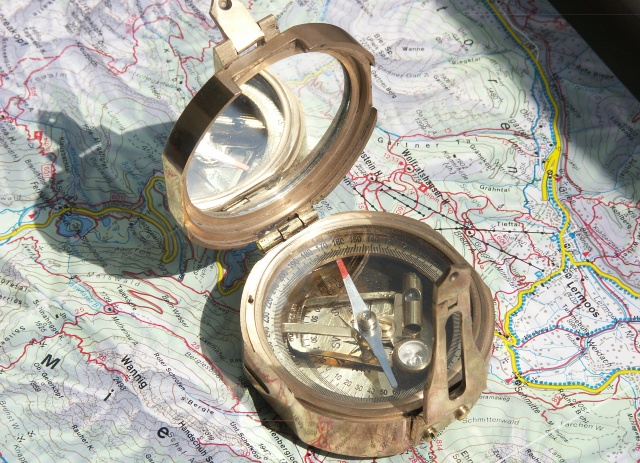 TweetLevel and BlogLevel are free to use, and are designed to be used by brands as social media planning and measurement tools. TweetLevel finds the influencers on Twitter, and BlogLevel does the same for the blogosphere.

The new tools build on the original TweetLevel, launched back in 2009, which MTV later used to select its first ‘Twitter Jockey’. But Twitter later placed greater restrictions on third-party access to its API, which meant many platforms were affected by this – including TweetLevel, which was forced offline.

It seems that rather than throwing in the towel, Jonny Bentwood, Director and Head of Influencer Engagement at Edelman and who is also the creator of TweetLevel (and now BlogLevel), changed tack and the platform now procures its data from social search engine Topsy’s API.

The tools offer intelligence to companies and brands. They use a proprietary algorithm that encompasses forty different metrics to track and score bloggers and tweeters – across every language and country – according to their influence.

The key to the tools is this: you first sort the data by context and relevance, and then you analyze people’s influence.

People who rank highest are those who create original ideas that in turn are amplified by others, and those who engage most meaningfully with their followers.

Okay, so how exactly do the platforms work? First up, is TweetLevel, where you’ll be presented with this opening screen:

You then have a number of different options. This tool naturally lends itself to those with narcissistic tendencies, so if you’re not part of a company and simply want to calculate your own Twitter influence, you can enter your Twitter handle in the box in the left column and take it from there.

But the point of this tool is to establish the influence of others. You can search for a topic using keywords – for this, I used the word ‘hacking’, and I chose to sort the results by ‘influence’, though I could also have sorted by ‘popularity’, ‘engagement’ and ‘trust’.

On the next screen, a number of results were presented based on the keyword ‘hacking’, including ‘level of buzz’ which defaults to a 15-day period illustrating the use of the chosen word on Twitter.

Needless to say, it peaked on the 7th of July, the day that the UK’s News of the World newspaper announced it was to close on the back of phone-hacking allegations.

A key facet of this tool, however, is to discover the top influencers within a certain industry, or those who hold most credence relating to a certain term. Hence, the ‘Top Users By Relevance’ graph is next up, where the Twitter handles of users with the most activity surrounding the word ‘hacking’ are revealed:

Other key data displayed includes ‘Related Phrases’ where, unsurprisingly, ‘NoTW’ (News Of The World) and ‘Murdoch’ (Rupert Murdoch) featured highly. And then there’s the ‘Top Shared Web Links’ and ‘Top 100 users by relevance’ over a 15 day period.

I chose to click on the top user by relevance, which in this case was ‘Glinner‘, otherwise known as ‘Graham Linehan’, an Irish comedy writer and actor.

Besides the influence, popularity, engagement and trust score, this screen presents a wealth of data, including how the score was weighted by date, how their follower-count has escalated/decreased over a 3-month period, and a full low-down on what the scores actually mean.

BlogLevel follows a similar approach. You can either exercise your narcissistic side again and enter your blog’s URL in the left-hand column to calculate its influence, or you can search to see what blogs are the most influential for a given topic:

TweetLevel places emphasis on influencers who are ‘idea starters’ as opposed to those who only ‘amplify’ other peoples ideas. BlogLevel ranks importance by how much a post is discussed on Twitter, and how optimized the blog’s content is for search engines.

My first impressions of both these tools are that they seem pretty comprehensive, particularly for what are largely free tools. Whilst the interface is nice, it perhaps isn’t as slick as many other tools out there. I guess the word ‘clunky’ comes to mind.

That said, these tools should still prove pretty popular with brands and PR firms looking to identify key influencers in a certain field on Twitter or on blogs, whilst those who are simply keen to massage their own ego can compare and contrast their own influence scores with others in the social sphere.

“Think of these tools as a ‘GPS’ for navigating influence on any topic. Knowing which bloggers and tweeters are influential – and understanding who influences the influentials – helps us plan and measure effective campaigns and offer better, real-time intelligence to our clients.”

I’m told that BlogLevel and TweetLevel have been beta-tested by more than 400 people, including university professors, industry analysts, marketing professionals, journalists and brand marketers.

“Most of the other tools that are out there focus exclusively on Twitter and Facebook profiles and ignore other online activities like blogging. With BlogLevel and TweetLevel, we can consider influence more holistically. For example, it’s clear that blogs are more influential when their content is search-optimized and discussed in social media channels like Twitter, so those are metrics we’ve built into BlogLevel.”

There are of course many other tools out there that help companies monitor influence across the social sphere, such as Radian6, Alterian SM2 and Meltwater Buzz for starters. And earlier this week we reported on DataSift, which has just secured a $6m investment.

DataSift is only one of two firms – the other being Gnip – that are globally licensed to re-sell Twitter’s firehose of data. DataSift aggregates real-time streams from across the social sphere, including Twitter, Facebook, WordPress, MySpace and Digg, which is a major advantage over TweetLevel and BlogLevel. It processes data including user-profiles, geography, authority, sentiment and more. DataSift covers a lot of different kinds of data – not just links. But alas, it’s not free to use.

For data fiends looking for an easy way to assess the ‘who’s who’ of the tweeting and blogging space, TweetLevel and BlogLevel are well worth a look. As LinkedIn founder Reid Hoffman has previously noted, Web 3.0 will be ALL about data, but this will extend far beyond the confines of Twitter and blogs.