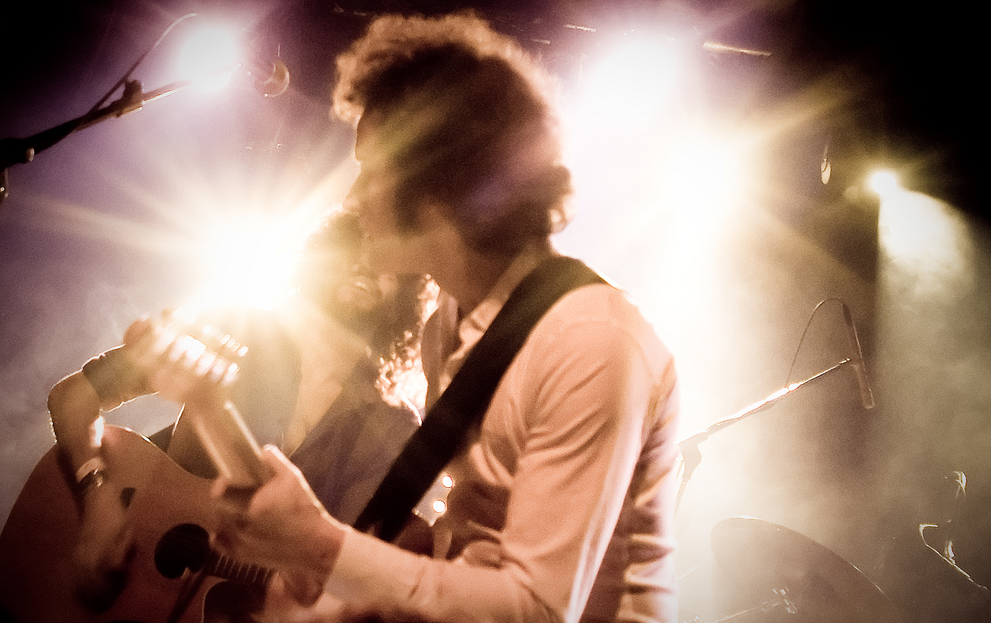 All the electronica obsessed entrepreneurs are hanging out in the Chill Out room on Console.fm right now, a new social music site that launched late last night in San Francisco.

Console.fm is an automated radio station that gathers the top electronica music across the web for each electronic genre and puts it into a group style radio chat room. “Basically it’s like Turntable.fm but we provide the awesome music and allow you to chat with your friends,” says the site’s developer Alex Manelis. We first wrote about Manelis and his co-developer, designer Alex Baldwin at SXSWi when he unleashed the “Where the Girls At,” app, which lowered your chances of winding up at a sausage fest in Austin, TX.

Right now, Console.fm is basically a bunch of early adopter Twitter users hanging out in a beautifully designed chatroom with a bumping soundtrack. While it lacks many of the social features and much of the control of Turntable.fm, it’s a much more laid back experience so you can actually get your work done, while still being musically social during the day. On why he created the new website, designer Alex Baldwin says, “We just had to give in to our electronica obsession.”

Console.fm pulls all of its mp3s from SoundCloud and offers a simple, clean chat interface for interacting with other Twitter users. So far Trance, Dubstep and Chill Out are the most popular rooms on the site.

“I don’t know of anywhere else to listen to good music and chat with brilliant people,” said Nigerian web developer Damilare Onajole of the site in a chat today.

Read next: Apple has released iOS 5 Beta 3 to developers