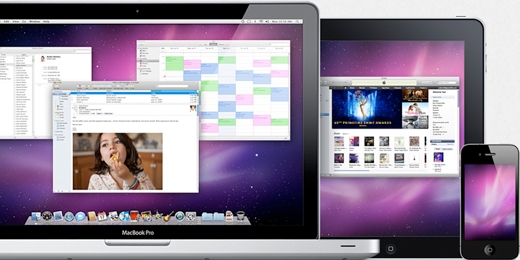 Air Display is a handy app that makes extending your display on one computer over to other computers or iOS devices easy.

Air Display is a product of software development company Avatron, and there are Mac, iOS and Windows versions of the app. Avatron specialize in apps that make iOS more useful on your home network — Print Sharing allows users to print on a networked printer from the iPhone or iPad, and Air Sharing turns your iPhone into an external drive of sorts.

But Air Display is by far their coolest creation.

I’ve got an iMac, a Macbook Pro, an iPad and an iPhone — all of which have situational uses (if they didn’t, I wouldn’t have bought them). But here’s the thing: on any given workday, three of those devices are sitting around watching with great jealousy as I spend the day on my iMac.

And while I may on occasion find that having two Macs is a useful thing when I’m tying up the processor on one of them a little too much, in most cases the obvious way to make use of these extra devices is to extend my screen space.

I’m a big fan of multiple displays. My current setup is a fairly pedestrian one — a 27″ Benq monitor in addition to my 27″ iMac — but it has come a long way since two gargantuan 15″ CRT monitors fought for space on my desk years ago.

While my two main displays are covered in browser windows and tabs that contain half-finished articles, research, apps like Gmail and various other things, I can fill my Macbook Pro’s screen up with Echofon and our team backend app, Convofy.

Even small screens like the iPhone and iPad can make life easier. As Avatron suggest on Air Display’s product page, I can make apps that are normally only manageable on the desktop more bearable on the Macbook Pro — by putting palettes and layers in Photoshop on my iPad screen, for instance.

Air Display costs $19.99 for the Mac, and $9.99 for iOS devices. That’s really quite a reasonable price — even if all you’ll be able to fit on the iPhone screen is a notifier or two.