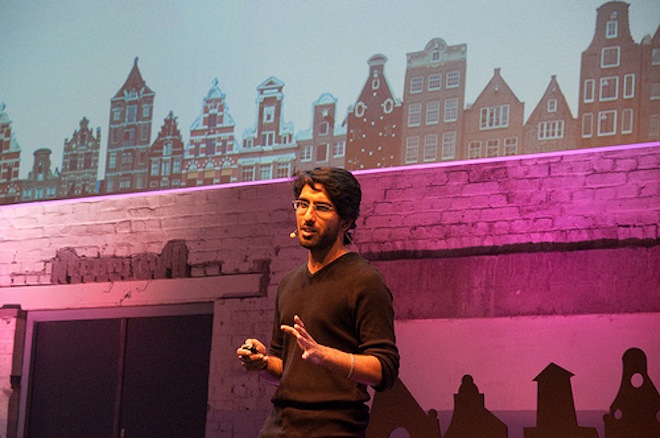 If you’ve not yet been using Rapportive for your Gmail, then stop reading right now and go download the plugin. It is, to put it plainly, the single most important piece of context that you can add to your email account. By pulling in the publicly-accessible data on your contacts, you can see the person’s actions and accounts across the Internet, right inside of your email.

Done and back? Good. Now let’s look at what’s new.

As Rapportive continues to add new features, the obvious problem is that the sidebar grows longer and longer. By the time that you add Raplets for Facebook, Twitter, CrunchBase and many more, you could be scrolling for pages and pages before reaching the end.

So how do you solve the problem? According to the Rapportive team, the idea was to go for the most logical method of accessing information and the answer was to use what it calls an adaptive accordion.

Need some clarification? Check out the demo video.

Unlike some plugins which use tabs, the accordion method allows all of the relevant information to be displayed, at least in part, so that you can see anything that might matter to you. Instead of having to flip to a tab that might not contain anything new or interesting, the accordion lets you see things at a glance without added clicks.

How do you avoid the added clicks? Rapportive devs state that it’s a matter of CSS:

After some thought, we realised that we could remove the button and convey the same thing with a right-pointing mouse cursor (cursor:e-resize, for fellow CSS buffs — yes, this isn’t the standard way to use this cursor, but we like it!). Now you can click anywhere on the genie and it will happily slide into the sidebar.

Once you’ve started using Rapportive, you’ll no doubt love it as much as we do. With a cleaner, more usable interface, the best just got better. Is it any wonder that we named Rapportive as one of our 10 Best Productivity Apps?

Read next: Did Arianna Huffington use stage to engage in market manipulation of AOL stock?