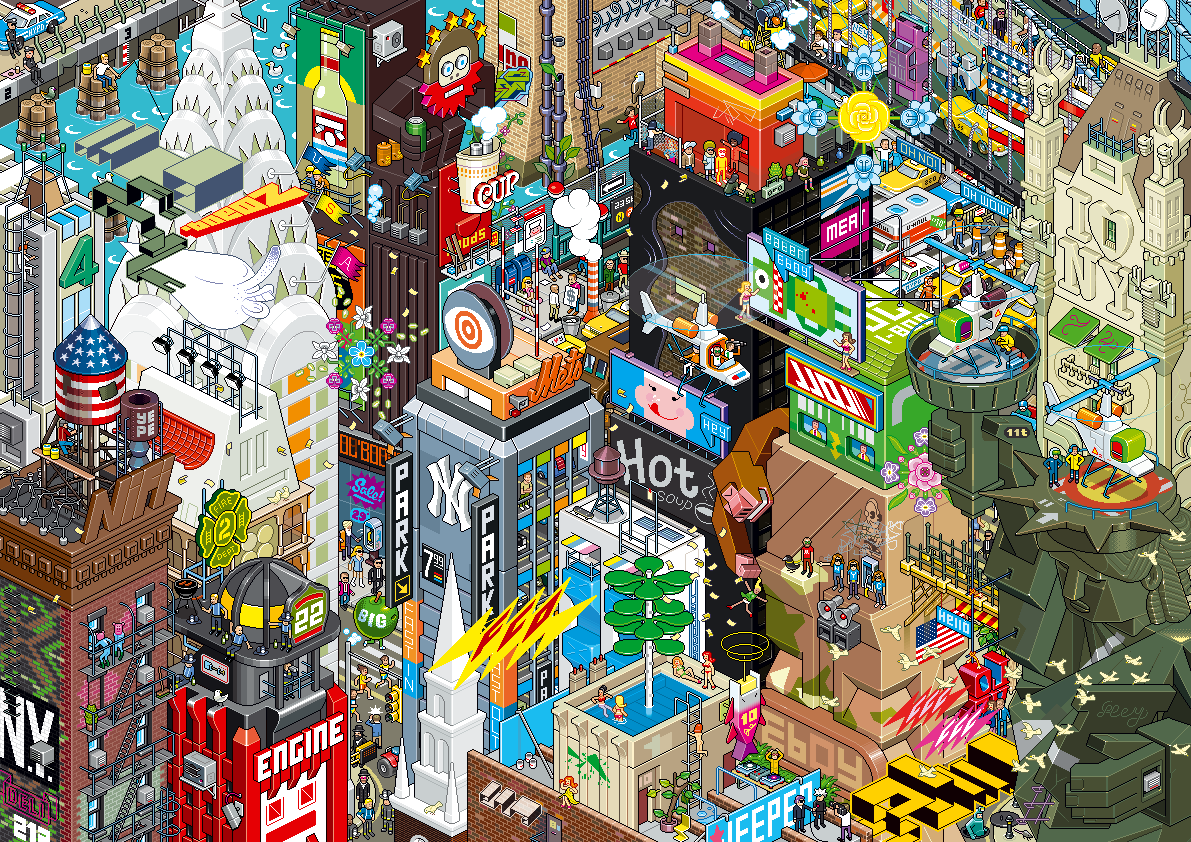 While hanging out in Boulder a couple of years ago, 28-year old Michael Tseng was playing with Gowalla with his friends. “We thought, what a beautiful app. But we kept talking about what it could be,” he says. They wanted a coveted prize to appear to represent their achievements. They thought about having rivalries in other towns. They wanted Capture the Flag. In short, they wanted moar game.

Eventually Tseng moved to New York City and jumped aboard the Foursquare trend. After working as an interaction designer in advertising, Tseng gave up to refocus on what he loves- games!

“I used to play Super Mario Brothers with my mom. I’ve played every single game since I was born,” Tseng says.

He started building Turf Geography Club, which is currently raising money on Kickstarter. Turf isn’t for the lighthearted, 1/2 off cocktail seeking Manhattanites. It’s for the Atari bred, the N64 fed and those who quit World of Warcraft only because it was taking up too much of their time. “Turf is a free location-based game set in the real world where you hang out with friends, amass gold coins, and acquire goods and properties in a battle to tame your surroundings. It’s like Foursquare meets Monopoly,” Tseng explains.

The big difference between Turf and other location-based apps comes down to the one big buzz word- “gamification”. “People are always saying ‘We need to gamify this.’ Personally I don’t believe in that approach. I think that things should be a game at their core,” says Tseng. “Turf is going to be a game. It will have utilitarian things you can do and add real world value to hanging out with your friends.”

Eventually Foursquare-like incentives will be in present in Turf. But for now, Tseng is concerned that if he has to offer users an additional prize or motivation to play the game, he hasn’t hit that mark in making a fun game.

When asked about monetization, Tseng alludes to how Farmville sells virtual currencies. He says there will be a layer on top of Turf where store owners can moderate or administrate their own locations. Currently, the entire game is filled with inside jokes from Tseng’s life (including scary microwaves!). Apparently, we both have mothers who warned us of the radioactive evils of the 30 second heat-up technique.

Tseng is raising money on Kickstarter primarily to feed his developer. He plans on launching 6-8 months after funding, on the iPhone to start and Android afterwards. To date, he has raised $5,339 out of a $15,000 goal. Interested in playing a real game in the real world for once? Contribute to his goal on Kickstarter here.

Read next: European startups to know: The 12 finalists of the NEXT Conference