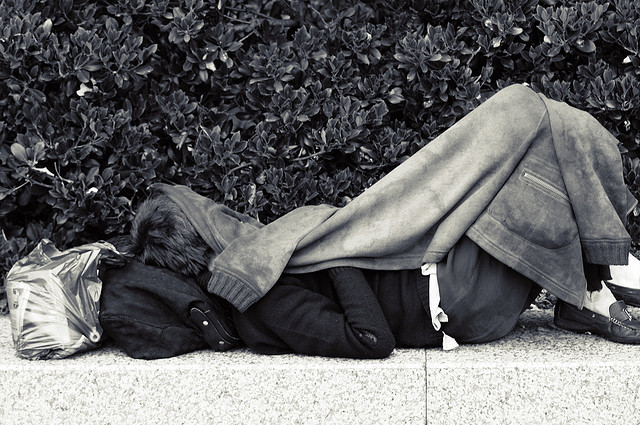 iHobo, the iPhone application that puts “a homeless person in your pocket” has today returned to the App Store, bringing with it features that help users better understand the issues homeless people are suffering, integrating social support and easy ways to donate to homeless charities.

The free application, which originally launched in May 2010, let users take care of a virtual homeless young person for a period of three days, requiring their decisions to determine the iHobo’s future. Users could offer food money or emotion support, striking a chord with the British public to become the UK’s most downloaded charity iPhone application with over 600,000 downloads to date.

Wanting to build on the extraordinary success of the original app and to increase awareness amongst new iPhone owners, homeless charity Depaul UK has relaunched iHobo to include hidden ‘truth’ items, revealing facts and information about the issues young homeless people face.

To better connect with the issues, the app also encourages users to name their homeless person. Building the focus on personalisation, Depaul UK allows users to enter their details to contact them in the future, opening up a way to donate by enabling SMS donations via the app.

Facebook Connect has been implemented, sharing user progress and their experiences with friends on the social network.

As part of the launch Depaul has partnered with PeerIndex, the popular marketing platform, to target “influential social networkers and opinion leaders during the launch” of its new app. PeerIndex created a list of the most respected, well-connected Tweeters which will be used by Depaul UK to target key social media individuals to spread the word about the iHobo app.

iHobo version 1.1 can be downloaded from the Apple App Store or by clicking here.

Read next: Toshl: A Free and Fun Way to Track Expenses