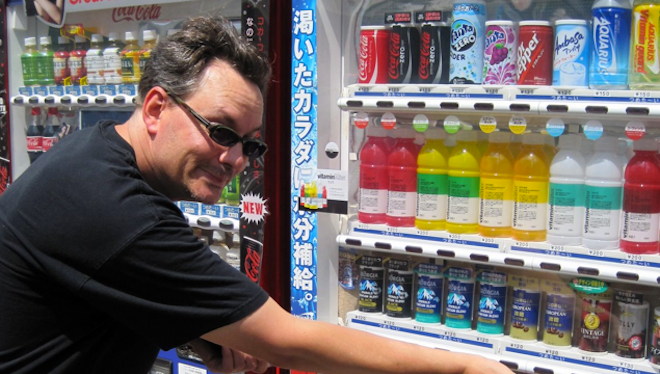 It’s a week full of productivity tips here at TNW. As such, I’m trying to focus on what sorts of things end up slowing me down. While driving over to the store to snag something to eat and drink, I realized that I was doing the very thing that ended up killing time during my work hours — I was traveling for snacks.

It might not seem like a huge deal, but consider for a minute how much time you spend dealing with broken vending machines, or ones that you stare at for 5 minutes while you decide what you want. The better option? Buy the stuff you like and have it readily available.

But really, who has time for that? Snack&Munch does.

24 snacks will cost you $24. Is it cheaper to buy it yourself? Sure, but there’s that travel tax involved. Snack&Munch lets you pick from (at present) 250 different snacks, customizing your box exactly how you’ll want it. You’ll see the major brand stuff in there, but there are some international selections too, which strike our fancy here at TNW.

While we do have TNW offices, they’re located in Amsterdam where only a minority of our staff work. As such, we won’t be sending any Snack&Much orders to them (sorry, @Boris!). But the team has a pretty solid idea in reaching out to college students, as well as offices.

Now, instead of trucking across the subdivision to the local Publix, I can just walk into the kitchen. Oh sure, I could buy it myself and get it cheaper, but we live in the world where we order toilet paper from Amazon. Honestly? I’m OK with a small (and it really is small) tax on my laziness.

Want in on it? The Snack&Much team has a coupon for $2 off  your order — 2BUCKS will get you the discount. And shipping? It’s free. The catch? It’s US-only (it would seem, from the address entry field and logistics).

Read next: One in five Canadian voters talks politics online...but it goes downhill from there