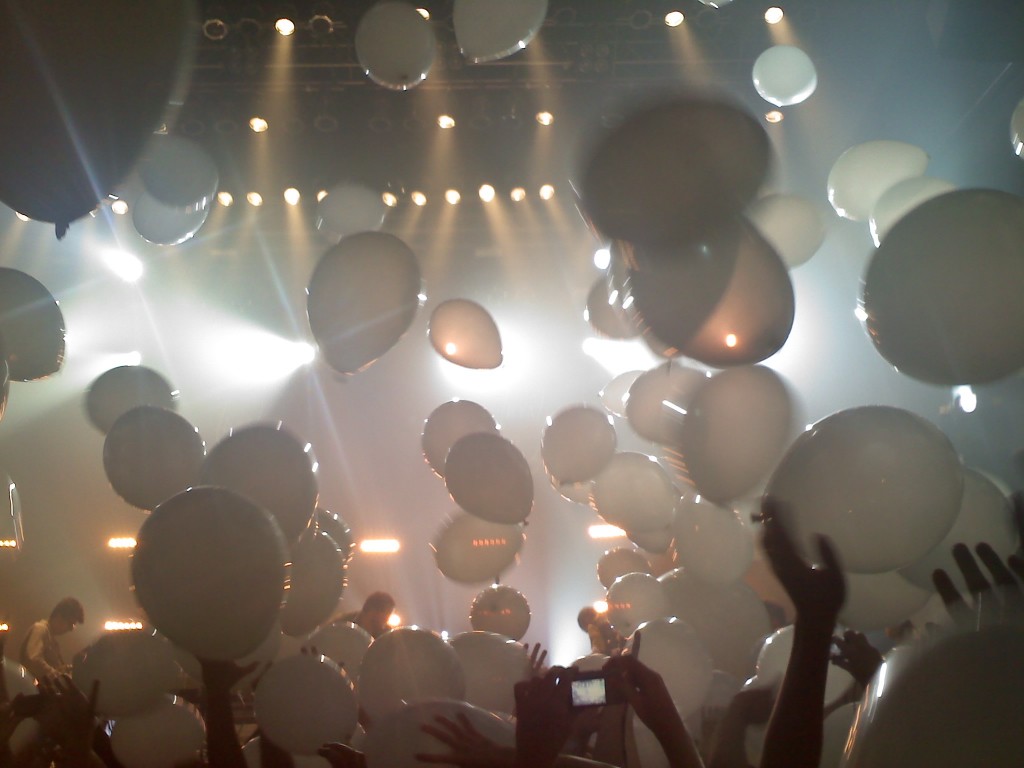 Have you ever tried to share a pair of headphones on the subway train, only to have someone’s bulky body knock the buds painfully from your ears and disturb your listening experience? I have, quite a few times, which is why I’m very, very excited about MyStream, the first free app that enables music sharing across iOS devices over WiFi or Bluetooth.

“Back when wireless headphones came out, and I could also play a song for a friend out of a portable stereo system, I thought, why can’t I play this song for both me and a friend in both of our own headphones?”

Since June 2010, Zelson has been hard at work raising funding and hiring a development team to build this desire into a reality. The resulting app, MyStream, which quietly hit the Apple store yesterday, was publicly announced today.

The app enables easy music or audio book sharing across 3rd and 4th generation iOS devices (with the iPad coming soon) via a Bluetooth or WiFi connection. And because it works via Bluetooth, which is trickier for developers than simply enabling just WiFi connectivity, the app can be used anywhere (e.g., on the subway train or an airplane) regardless of Internet or cellular reception. Essentially, MyStream is an omni-directional wireless headphone splitter because it supports numerous listeners from any one streamer. The app has been tested with up to 20 phones without issue over WiFi and up to 6 phones without issue over Bluetooth.

Here’s how it works: First, pick a username. Then set up a playlist; any MP3 or M4A file will work. Gigwise, have no fear, the songs aren’t copied; the app is “told” where to look for the songs via the playlist. Then to enable the playlist to be shared with others, click “enable streaming,” and just make sure either your WiFi or Bluetooth is on. The MyStream custom player allows users to share playing songs at the same time, create and share custom playlists, create and share profiles and set permissions. And the app runs in the background so you can still use your smartphone, as a smartphone, unlike when you give up your iPhone to DJ a party.

Apple loves the app too. In fact, it was approved in just one week. Here’s why: MyStream gives users an easy option to purchase shared music and audiobooks through the iTunes store. When a user does buy a song from iTunes, MyStream takes 5%. And, legally, the app is exempt from copyright laws, because songs are being shared within a shared location.

Like a breath of fresh air, Zelson has no plans to integrate the app with other social networks.

“I want the app to stand on its own. People don’t need another virtual profile to maintain, or another group of “friends” to keep track of or the ability to share what you’re listening to with all your “friends.” This app is based on real life interactions, and I’d like to keep it that way.”

Zelson initially raised $300,000 from family and friends, which kept him afloat from June 2010 to the end of 2010. At the beginning of March 2011, he raised an additional $500,000 from Kim Cooke, the founder and managing partner at Bluewater Capital, a $100 million technology investment fund, but technically the app was funded through Cooke’s private fund, Cooke LLC to continue development through 2011.

There’s just one other app I found in this space- Eavesdrop, which also recently hit the app store also lets users share their iOS library over WiFi and Bluetooth. I haven’t tested it yet, and the app costs $1.99 to download.

The MyStream app is currently free for download in the Apple App Store. Time for a 20-person silent rave? Yes!

Read next: HeyWire now lets you text your friends from Facebook