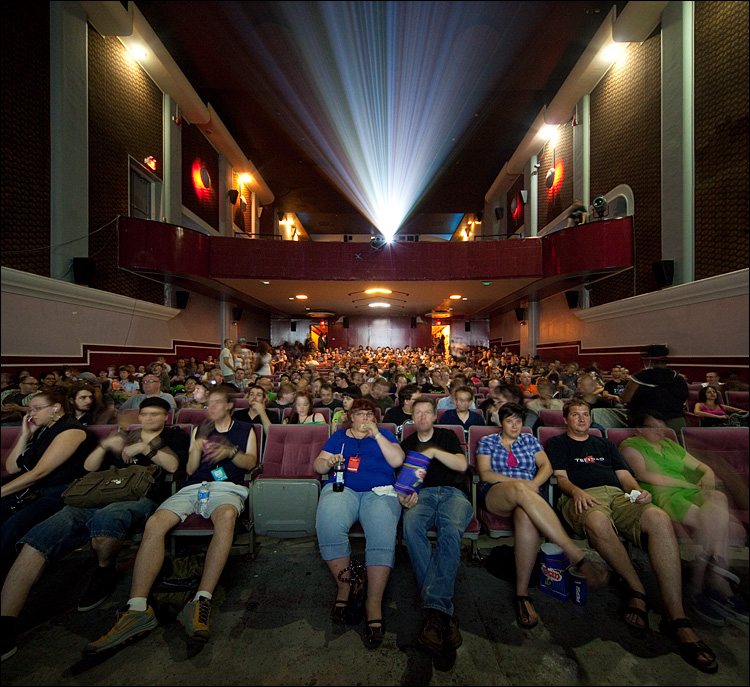 We work online, we order food online, we socialize online, (even date online), we consume news and media online, so it naturally follows that as bandwidth increases (which it has), that we also watch movies and TV programs online.

Over the past few years, high quality sources for movies and TV content on demand have popped up like Netflix, Hulu, Amazon, iTunes and dozens of smaller services. The content is so accessible, that I cut my cable 4 years ago, bought an HDMI cable and never looked back. Today, however, the abundance of content is fragmented across multiple channels, much like the way the web was before Google invented Google search.

Currently Moki.TV has indexed the major sources: Netflix, iTunes, Amazon/Amazon Prime, Hulu/Hulu Plus, aand Xfinity, online streaming for Comcast, which includes HBO, Showtime, Stars, etc. totaling 40,000 movies, and 60,000 TV episodes. Their next round of indexing will include Crackle, Vudu and Snagfilms (offers a wide selection of documentaries) and individual networks like CBS, which is the biggest network that isn’t involved in Hulu, CW, BBC, MTV, and CrunchyRoll to appease Moki.TV’s anime fans. More stations will be indexed in the future based on user demand.

When you search for a film, Moki.TV will present all available options, which could result in significant cost savings. For example, The DaVinci code is available on Amazon and iTunes for $10 but it’s free from Crackle, a streaming site for Sony Pictures. People, generally, don’t know about all these other sites and this isn’t a problem that Google solves.

Moki.TV, simply put, is a remote control to the Internet with built in social recommendations so you’re guaranteed the best available TV, video and movie content on the web. The Y Combinator-backed product publicly launched on Friday, and I spent my weekend testing it out for you before catching up with Co-Founder Matt Huang on Sunday afternoon.

“We’re both really big movie fans,” says Huang. “We love going to film festivals. But even more so, we are technologists. We saw a huge amount of content moving online, with nothing to catch it other than aging media sites like Metacritic and IMDB. I think there’s a huge opportunity to use web and mobile technologies and we’re starting out by aggregating targeted, socially guided content. After all, the best way to get me to watch a movie is for my friend to recommend it.”

Moki.TV’s recommendation algorithm uses two signals. One is from the ratings you’ve made on the site or imported from elsewhere, such as Netflix. This process is similar to other sites such as Amazon recommendations except for the greater amount of aggregated content. The second signal is social. Moki.TV offers a Facebook connect and the ability to port in your Facebook friends. Once you’ve rated a movie, you can Tweet or Facebook share your review. Your review will appear in your Moki.TV friend feeds, which is similar to Twitter’s following process.

You might guess that navigating the legal waters of this field would be difficult. But it’s far from. Many of the sites have specific ways to provide Moki.TV with the data because at the end of the day it’s good for them since Moki links users to Netflix, to iTunes, etc. and isn’t hosting the content. Both iTunes and Amazon have affiliate programs so if Moki refers people to their sites, they receive a small cut of the purchase. They will eventually run ads on the site as well.

While you’re browsing on Moki.TV, say there’s a movie you really want to see but it’s not available yet. Simply add it to your queue. Netflix’s API tells Moki’s servers whether or not a movie is available or when a movie is about to expire. Similarly, Hulu has RSS feeds to update Moki’s servers with new content. This way Moki can ping users with the updated and relevant information.

Huang is aware that many of the aforementioned services aren’t available abroad. Have patience, because they’re working on it. In particular, Canada has a different selection than the U.S. on Netflix. The UK has LoveFilm, a Netflix like site, which they will be supporting soon.

Moki.TV is similar to Clicker, another guide to TV and movies on the web but Moki.TV is simpler with a better design and better exploration, like a list of 1001 Movies You Must See Before You Die. Most importantly, it cuts out the noise better than Clicker. “Watching TV should be as lazy as possible,” says Huang.

And although Huang and Spicer don’t have much time to watch movies anymore, they are big fans of Black Swan and are looking forward to Source Code, a film coming out in April by Duncan Jones, the Director of Moon and the son of David Bowie. So far, Moki.TV has raised $250,000 from the Start Fund and angel investors, but the gentlemen are seeking further funding this spring.

Read next: Microsoft to launch next Xbox in 2015 [Rumor]