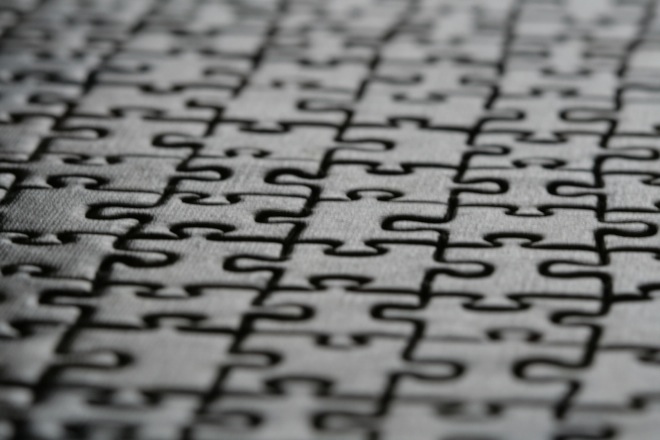 Occasionally you come across an idea so simple and effective you have to ask yourself why no-one has thought of it before. VideoPuzzle from Ideateca is one such concept.

It’s a sliding tile puzzle game where the object is to rearrange the jumbled tiles to form an image. So far, so meh. The difference here though is that the image to resolve is a moving one (except when you select an image from your photo library as a basis for a puzzle – more on this later). This makes things nice and tricky and offers a far more challenging experience for the player.

To further discombobulate your poor brain some of the tiles are flipped upside down and can be flipped again with a double tap. As the player completes each difficulty level, the game complicates things even more by dividing each puzzle up into smaller tiles.

There are four game modes to choose from. Arcade mode provides a (small) selection of ready made video based puzzles. Camera mode uses one of your iPhone’s cameras as its input – this is neat and a little hard to describe, suffice to say that the effect is something that you’ll want to show your friends/family/anyone who’ll look. The Photo album option allows you to choose an image to use as the basis for a puzzle, as described earlier. Finally, the Video Album option lets you use – you guessed it – a video of your own as a start point.

It’s a simple premise for sure, but some of the puzzles are fiendishly hard – it all depends on the complexity of the video. Prepare yourself for some brain-achingly tricky moments! When you look at these screens remember that each tile contains moving images – I have had to stop a few times before my mind blew a gasket. It’s a bit like doing a Rubik’s Cube with moving images on each segment, although I have to admit I was useless at the Rubik’s Cube anyway…

For the princely sum of $0.99 there’s nothing to complain about here. VideoPuzzle isn’t a particularly deep game but what it does do it does very well. The idea is a perfect fit for a touchscreen device and it’s nice to see people taking a tried and tested formula and sprinkling a bit of fairy dust on it.

Read next: AT&T to Acquire T-Mobile USA For $39 Billion [Updated]