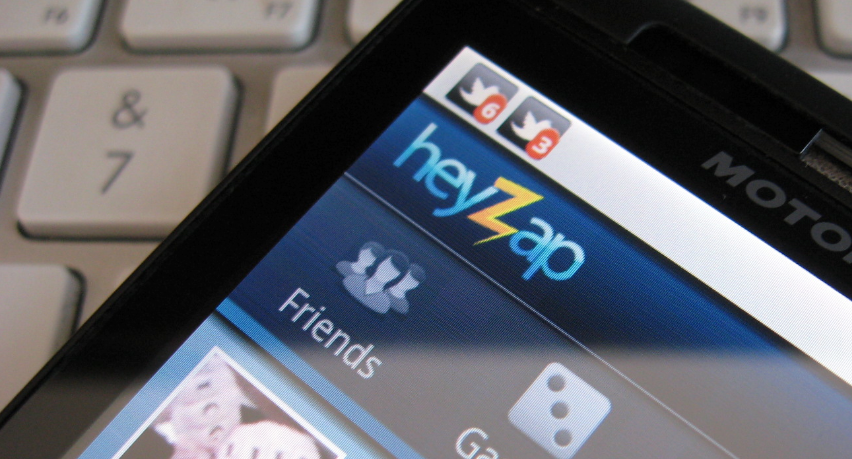 While there are a ton of choices out there for Apps discovery, they’re typically not directed at games. Casual, mobile gaming is one of the biggest things that we do on our handsets, and a Silicon Valley company called HeyZap is looking to make it better.

HeyZap has been around for a while. You have probably seen their selection of games on sites like EbaumsWorld, hi5 and some Ning networks. The company is taking it to mobile, now, with a release for the Android OS.

HeyZap for Android is, at its heart, a social discovery application for your mobile games. But it’s far more than that, as well. Firing up HeyZap for the first time, you’re able to take a look at what everyone is doing without even having to sign up for an account of your own. Get your own, via a direct sign-up or Facebook login, and you are given a plethora of options.

For me, HeyZap has replaced my folder full of games on my main screen. Why? Because opening HeyZap reminds me to check-in to whatever game I’m playing, and then I can launch the game directly within the app. I can also check to see what my friends have shared, such as their check-ins or tips on games that they’re playing. I’ve also found some great games by looking at what is being played under the “Everyone” tab.

There is full integration with 20 Android games for now, and that number is climbing. However, HeyZap can recognize any game on your device, and allows you to launch the game from directly within the app. I love the community function of it, and I’m also a big fan of using a single app to launch all of my other games, instead of looking them up separately.

HeyZap is free, and fun. While we don’t normally cover gaming here at TNW, there are a few exceptions for the apps that just make your mobile life better. HeyZap is one of these.