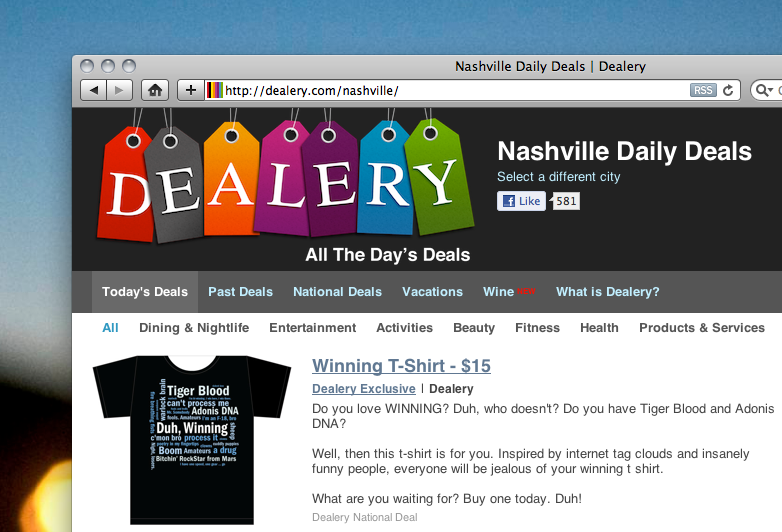 When we first wrote about Dealery a few months ago, we were pretty impressed not only by its look but also by the way that it took deals from so many different services and aggregated them into a single page. Instead of having to weed through email, a visit to Dealery could tell you what was going on in your area.

The latest update to Dealery continues to improve upon an already great service by extended it by introducing Dealery Exclusive Deals. Instead of just having the aggregation, Dealery is providing its own goods and services offerings as well. Every day, you’ll get a product, a service or a gift card/website offering, all of which can be purchased no matter where in the country you happen to be.

To start off the Dealery Exclusives? CEO Limor Elkayam seems to be in the spirit of winning because a Charlie Sheen-inspired t-shirt is up for grabs for $15.

So head over, check out Dealery and drop us a comment with your thoughts. It’s an interesting twist to the traditional sites, and it’s still a time-saving, lovely site.

Read next: The Founder of Explor, a new "app discovery app" picks his top 5 apps