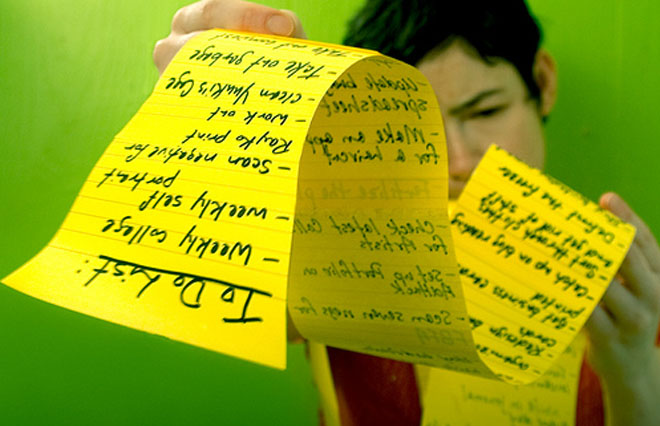 How do you organize your inbox? Do you use the inbox zero method or the staring system? Each email is a task essentially, how do you track which messages you have replied too? Do you organise them with labels or use multiple in-boxes?

Taskforce is a Gmail application that allows you to turn your emails into a list of tasks. It’s founded by Niccolo Pantucci and Courtland Allen. Its relaunching publicly today with Y Combinator backing and Startup Fund help.

I had a chance to speak to Pantucci last week and we talked about Taskforce in depth.

He told me that “the idea is to change the way people work by attacking the inbox.”

I have been using Taskforce for the last three months and it’s a handy tool to have. There are existing tools that allow you to list emails as tasks, however most of them do not work within your inbox. Which is what makes Taskforce so great. I don’t need to go anywhere externally to make my list of tasks.

Once you install and embed the add on, at the top right on your Gmail inbox there will be a Taskforce Bar. Additionally at the top of each message there will be two buttons; “Convert to a New Task” or “Add to an Existing Task”.

What it really does from there onwards is very clever.

If you click ‘convert to task’, it pulls in the title of the email as the title of your task and then asks you to add a few details. The sender of the task can also be included on the task list. Non Taskforce members don’t need to have Taskforce to collaborate. They just email comments and the comments are collated in the Comments section of each task. Along with Comments each task also has a tab for Collaborators, Due Date and Delete.

There is also a news-stream in the Activity tab, next to the Tasks tab on the menu bar. This is especially good for a quick recap of all the activity happening around your collaborated tasks. The tasks themselves can be organized into folders, such as Current Tasks, Completed Tasks and Delayed Tasks.

After a task has been assigned to an email and  if you’re an inbox zero freak like me, you can hit archive and banish that message from your inbox. Why can you archive messages even though you will need them and they are not completed? Because if you click a task, Taskforce pulls up all messages pertaining to that task, a very good touch.

Creating tasks independent of emails is also possible by clicking the ‘plus sign’ on the bar.

The only annoying thing that I have encountered is the auto-checked collaboration button when converting an email into a task. I have invited many people to tasks accidentally. As I do not collaborate heavily with tasks, I would prefer the box not to be ticked or the option to remove the auto-check.

Pantucci told me that they are planning on building the mobile version as soon as possible so that accessing tasks on the go would be possible. He also informed me that they are aiming to work on other email clients, Outlook being the next one they want to target. Sadly he was not able to give me time lines.

He also confirmed that there were no plans to charge for the Task manager and monetization would come possibly when they moved into the CRM and Document management space.

There are many competitors in the space of task management such as Google Task Manager, Asana, Salesforce and Basecamp. However Pantucci is not worried and happy to be differentiated;

“The biggest mistake competitors are making is building things outside of email. Which is a huge mistake because for most people it’s the first thing they open and last thing they close at work. Email is an outside thought for them, and our primary focus right now,” he said.

When you have people tweeting stuff like this (below) about your competitors it must be good thing to know:

Taskforce is available on Chrome, Firefox, and Safari, and plans to offer compatibility with other browsers soon.

Read next: 10 Apps to Make Your Facebook Page More Engaging.