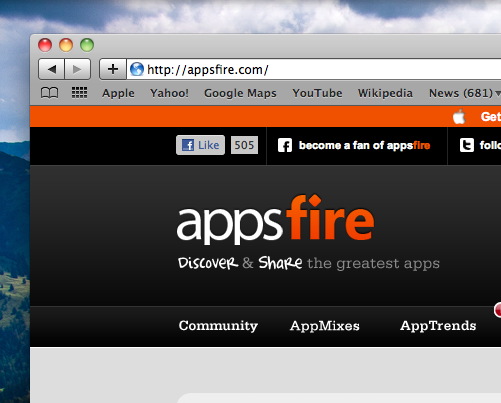 Appsfire, the company behind the powerful app recommendation service of the same name has today released a new iPhone application called AppDeals which notifies users of app price drops and the price change of paid to free apps as soon as they happen.

It’s not a new idea, many apps cover the dropping in price of the App Store’s applications; AppsDeals borrows on the success of the AppsFire platform, highlighting a huge number of apps on one screen that is easy to browse and access, delivering apps that became free by category, highlighting the apps that have dropped in price in those categories also.

The top ranked apps from the App Store for free apps are listed by category, providing a fast way to see the top sellers in the App Store in each individual category.

Using the app is easy – it doesn’t require the user to specify settings and it doesn’t need to provide a second level of navigation. Many app trackers aren’t able to provide real-time updating of App Store offerings, AppsDeal does.

It simply delivers deals as they happen.

AppsFire’s founder Ouriel Ohayon also noted that the main AppsFire app has now surpassed 850,000 downloads, recently occupying a place in the top 30 apps in France whilst ranking #1 spot in Austria and #2 in Germany.

Read next: Every upcoming Windows Phone 7 feature from the MWC in pictures