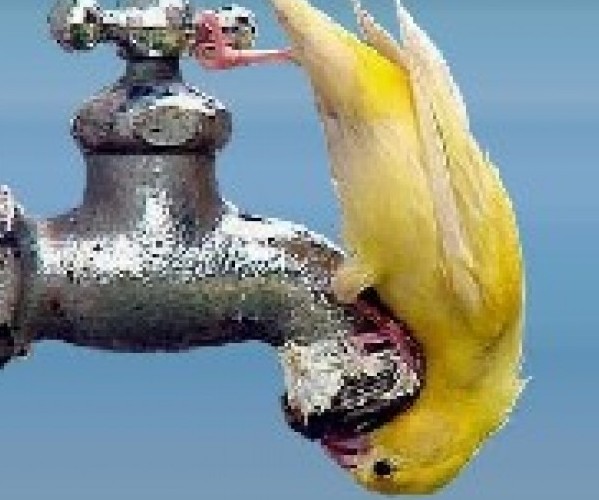 Trickle is a new, minimalist, Twitter application for the iPhone, iPod touch and iPad.

Hits: Exquisitely simply design.  Allows one to focus on tasks at hand while monitoring Twitter on an iOS device.

Misses: Trickle works best when your iOS device is docked, meaning if you don’t have a dock, you may need to fork over some extra funds to truly enjoy Trickle.  Trickle’s minimalist approach most certainly will not appeal to all.

Recently we’ve profiled several new apps for the iPhone and iPad which aim to reduce the noise associated with one’s Twitter stream.  The first, TweetMag, curates posts from a user’s Twitter account, turning it into a wonderfully designed iPad magazine.  The second, Smartr, maximizes your Twitter use by delivering the news from your Twitter stream in a swift and well-presented manner.

Both of the aforementioned apps feature great design and make sorting the generic from the great Tweets dead simple.  Trickle takes a similar approach in an equally well-designed way.

Trickle ($.99), compatible with the iPhone, iPad and iPod touch, and is, according to creator Caleb Thorson,

“A passive Twitter client.  Simply launch Trickle and let it do its thing.  New Tweets will push in from the right as they arrive.”

Using the app is as simple as the app’s description.  All one needs to do is add their Twitter account(s), and that’s it.  Return to the home screen and Trickle begins doing its’ thing.

With Trickle there are really only two other changes one can make to the home screen.  These involve choosing how the two buttons on the bottom right-hand side of the screen appear.  One can select either “Text” buttons or “Icon” buttons.

Trickle also has a few other, small, features of importance.  One can set the amount of time between refreshes, and one added, neat, feature of the app concerns the history of your Twitter stream.  By swiping right or left, one can move forwards and backwards through your Twitter stream,   and if you venture backwards, Trickle will automatically return to where you were when you began moving back through your feed the next time the app refreshes.

The only downsides to Trickle, if there are any, is that the app does work best when your iOS device is placed in a dock.  In addition, the speed at which the app refreshes, and the minimalist nature of the app, may not appeal to all Twitter users who crave speed with respect to Twitter.

That said, Trickle is a grand app.  If you’re working on something, browsing the internet, or simply doing anything, and you want to follow the goings on of your Twitter account, but don’t want to constantly refresh your iOS device’s, or computer’s Twitter app of choice, Trickle is definitely for you.

Read next: This is how Julian Assange describes himself and his dream woman.