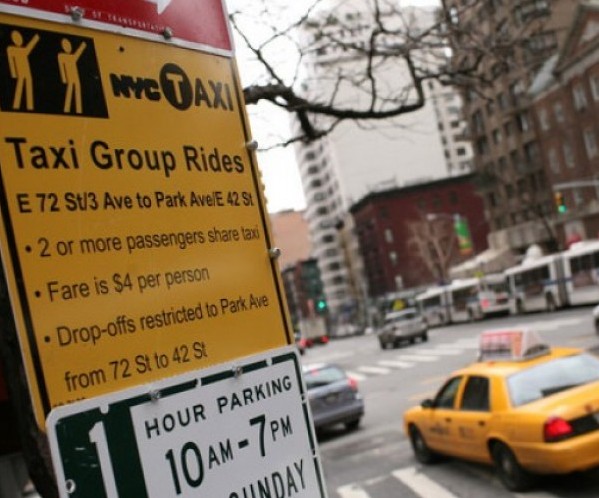 Cab Match, a new app for the iPhone, allows you to find people to share taxis with to mitigate the cost of getting home from the airport.

Hits: Very useful product, especially at this time of year. Takes the awkwardness out of what can be an awkward process. Free for the first 100k users.

Misses: Very small user-base at the moment. App occasionally got confused and would hang or crash between tabs.

Cab Match, the sophomore app by developers Minh Tran and Cab Match LLC, is a utility to pair travelers together so that they can split the expense of a cab into the city from the airport.

Tran, who is based in Washington DC, was inspired by the long haul from Dulles International Airport into the city proper. Such a trip can run a minimum of $55, and can stretch even higher if there is traffic. As a result, sharing a cab is usually the best solution, but looking for someone to share with is awkward, to say the least.

The app allows users to post cab sharing requests in the app. The requests are sortable by city and destination, and there are many selectable destinations that can be picked.

The secret sauce of the app, though, is that it matches users who have made requests in the same place. It then with the means to contact each other and organize a shared cab through a rudimentary chat system within the app.

The problem, at least right now, is that the user base of the app is tiny. It just released today, and as is expected of an effort by a small, not many people are aware that the app even exists. This limits its usefulness to a certain degree. However, as time goes on, the app should gain more traction outside of Washington, which will make it far more useful.

Another more immediate issue for the developers are stability issues that occasionally popped up while testing the app. While the app worked as advertised for the most part, it occasionally would hang while switching between the New Post and the My Posts tabs. I once had the app lock up to the point where I was forced to switch apps to kill it. It seems to be a rare occurrence, but this is a mistake that hinders the app.

It is still a quite useful app, though, and will gain functionality as its user base expands.

Thanks to New York City Taxi Online for the image.

Read next: Sitesimon encourages you to spy on your friend's web activity