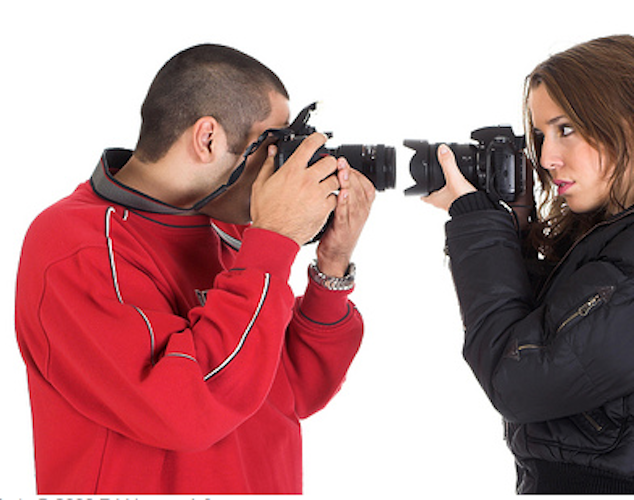 With Yahoo picking off its services one by one, it’s no surprise that people have been speculating about which one will die next. Though the roadmap appears to be laid out at least through the end of this year, 2011 might hold some surprises. If you’re a Flickr user, here’s hoping that you don’t get surprised. But, just in case you do, we thought we’d start taking a look at great photo services that could take its place in your life.

So what does it take to make this list? Any alternative needs to have a great community (or at least the potential), a solid mobile application and sharing features galore. That narrows things down pretty quickly, so here’s our list:

You can’t talk alternatives without talking about Google’s offering. Picasa is a free photo editing software for Mac and Windows, provided by Google. But there’s an added feature — Picasa Web Albums.

As you can see, the Explore feature is a lot like what you’ll find on Flickr. There are also games, reasonably tight groups of people and Picasa is ridiculously easy to use on the go. If you have an Android device, it’s built in from the ground up and you can even sync it with your Gallery. If you’re an iPhone user, emailing photos to your Picasa Web Albums is a great alternative.

When it comes to alternatives, you simply can’t ignore SmugMug. With many of the same features, apps for iPhone, Android and iPad, as well as the ability for professional photographers to sell their work. Like Flickr, SmugMug lets you upload video (up to 1080p for Power and Pro accounts), protect your photos and it saves full-resolution work.

Themed sites, which each SmugMug user has, are your central hub for everything that you do. Instead of having a simple photo stream, you can fully customize your landing page to your liking. The social feature? It’s handled by integration with Twitter, Facebook and more.

While SmugMug is arguably a bit more professional than some of us point-and-shoot heroes will need, it’s still a site that you absolutely must consider. If you’ve been paying for a Flickr account, you’ll likely appreciate that SmugMug has monthly payment plans. They’re a bit more pricey, on the whole, but we like the bite-size payments.

Firmly in the middle-ground between the photo collector and the professional photographer, you’ll find Phanfare. It’s a slick site, with unlimited photo storage available, and iPhone app and integration with third-party apps such as Picasa, Photoshop and Aperture. What Phanfare lacks in social skill, it far makes up for in features.

Two pricing options (Premium for $99/yr and Pro for $199/yr) give you some options that other, free sites simply won’t. The tools and service integration are second-to-none, and Pro users can even sell merchandise featuring their photos. It’s absolutely worth a look if you consider yourself a bit more advanced than just a point-and-shoot paparazzi.

DPHOTO is another mid-level professional site, meaning that it does involve a subscription fee. But what you get for that fee is absolutely gorgeous. Ranging from $30 to $90 per year, you’ll have options from 1,000 photos all the way to unlimited, with the ability to upload files up to 24 MB each. What’s really compelling, though, is how your photos are displayed.

DPHOTO might not have an app, but what it does have is a beautiful interface via mobile Safari or your Android browser. You can flip, flick and zoom to your heart’s content. As for the social aspect? Twitter and Facebook become the site’s entire social reach, allowing you to easily share your photos on the services.

An interesting twist in things is brought to you by Yogile. As we wrote before, it might just become your favorite photo sharing site, but more because it allows you to collaborate with friends and family to make your albums. So now, instead of wondering why your drunken best man took off with your camera, your wedding photos can be preserved by combining the work of the entire audience.

The collaboration is awesome, Yogile really is all about sharing. With public and private albums, plus the ability to collaborate, it’s a huge advantage over what other sites are offering. Though Flickr groups were close, Yogile’s full integration of sharing into a single album is a welcome change.

A few years ago, Photobucket was simply where you dumped pictures if you wanted easy access to the HTML code to share them on other sites. My how times have changed. With a revamp of its entire system and the integration of social collaboration features, Photobucket is rearing its head again as a force to be reckoned with in the photo sharing world.

It’s not the prettiest site you’ve seen, but it’s highly functional. Combine that with years of use by a strong community and Photobucket comes out from the shadows as a hard choice to beat for the low price of free.

This is the elephant in the room. Nobody wants to admit that Facebook actually does a pretty good job with photos now. The down side, of course, is that you need to be friends with someone in order for them to fully access your photos, if you happend to change your privacy settings.

The site has recently added new features to the Photos section. You can now download full-resolution images, pictures are displayed in a lightbox format, and that annoying “loading” animation doesn’t plague you after each time that you select a new image. The changes are good, but not quite good enough that we’d skip over an external site. However, if sharing with your Facebook friends is your main concern, it’s hard to be the original.

If cellphone camerawork is your thing, then it’s hard to beat the options that we showed you today. However, there are still a couple worth mentioning. Flickr’s mobile app isn’t great, but it’s something. As for a company that seems to have it all figured out? Check out Instagram. on top of having a cool photo application, the company could, with the flick of a switch, also have a gigantic social network on its hands. The follower and following aspects of Instagram are key.

Mobypicture is another that has to be mentioned. With apps for darn near every phone on the market, groups, integration with almost every social network and a keen business understanding, Mobypicture is carving itself out a nice little niche in the mobile/social photo world.

Have some others? You’ll find us curious, so leave your thoughts in the comments, eh?

Read next: 3 ways the Web is making music smarter