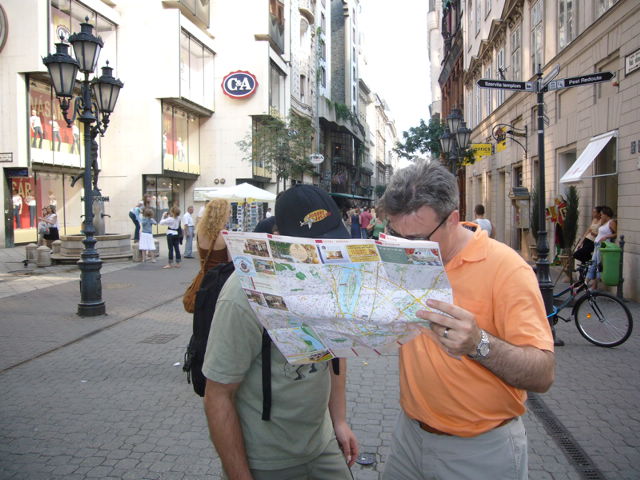 GeoGroups lets you create groups to share location-based information. From potholes to speed traps and finding out when a family members leaves a location, it opens a world of abilities.

Hits: Finally a way to make use of location-based information that doesn’t involve check-ins, loyalty cards or games.

A couple of years ago, one of eBay’s employee’s, Raghav Gupta, had an idea. He had spent time coming up with the search algorithm used on the site but he saw a bigger opportunity in location-based services. At the time, as it holds true today, almost every location-based service deal with the idea of checking in and the vanity involved with letting people know where you were. Clearly, there needed to be something more.

GeoGroups was spawned from the thought that, if you could create small, controlled groups of people with whom you shared your location, then the feature of location might be a lot more useful. So, if you wanted to find out when your children leave school, you could. If you wanted to find out when a friend arrives at a bar, you could do that as well. It needed to be simple, it needed to be rich, and the notifications had to be pushed to your phone. But even that idea of close-knit groups didn’t take the application as far as it needed to go. The GeoGroups platform lets you interact and explore via groups of people with common interests. Members of a group can share places (called GeoPosts) on a map, optionally share their own real-time location on the same map, and set location-based alerts within the group. For each GeoPost, users can add photos, links, tips and other helpful information.

So when you roll that all together, here’s what GeoGroups offers:

If you want to use GeoGroups, you can start today by downloading it for free. Want to keep track of geoalerts? That’s an in-app purchase, and it will run you $3.99. But when you figure that a family of 4 can keep tabs on one another for less than 20 bucks, that’s a pretty substantial bargain.

We love that GeoGroups lets you share information publicly, while choosing to keep yourself as private as you wish. The ability to create points, manage groups and have full control over your information is something that we’ve been longing for since location-based apps first started appearing. GeoGroups, in our opinion, is absolutely the next big thing for location-based services.