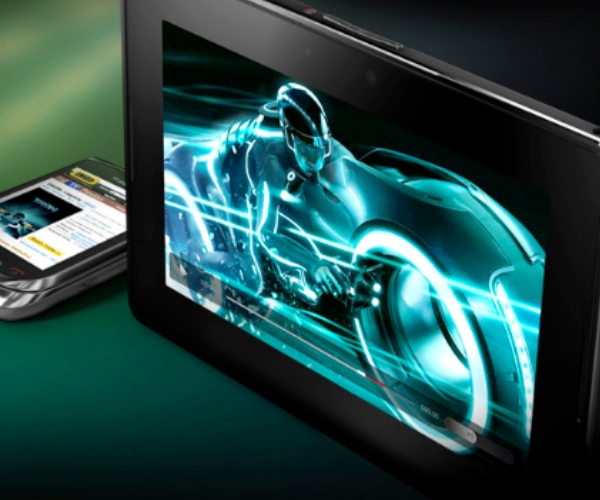 Research in Motion announced today that they are now accepting BlackBerry® PlayBook™ apps from developers.

A quote from RIM:

“Interest and momentum behind the BlackBerry PlayBook continues to build and we are thrilled with the positive response from both the developer community and our customers. With its groundbreaking performance and robust support for industry standard development tools, the BlackBerry PlayBook provides an exceptional platform that appeals to a wide range of mobile app developers, including Adobe® AIR® and Flash® developers, HTML web developers, corporate developers and application hobbyists,” said Tyler Lessard, VP Global Alliances & Developer Relations at Research In Motion. “We are very pleased to be working with developers in advance of the product launch and the opening of BlackBerry App World to accept BlackBerry PlayBook apps is an important next step.”

A quote from a PlayBook Developer:

“Developing for the PlayBook has been a pleasurable experience. The APIs are straightforward and optimized for the device and the environment is cross-platform,” said Jerome Carty, President, JCX Systems, Inc. “The thing that impresses me the most is the potential for the hardware. The gestures for the PlayBook make the device feel as though you have unlimited surface area since they extend beyond the screen to the bezel. This will make for a fun and unique experience for developers and end-users.”

RIM’s recent update of the BlackBerry Tablet OS SDK for Adobe AIR supports Flash Builder 4.5 (Burrito/Flex Mobile) which adds drag and drop capabilities, which makes it easier and faster for developers to build apps for the  PlayBook. Additionally, developers are eligible for a free Blackberry PlayBook if their app is approved on BlackBerry App World prior to the launch of BlackBerry’s Playbook in North America.

Read next: Skype provides communication to humanitarian workers around the world