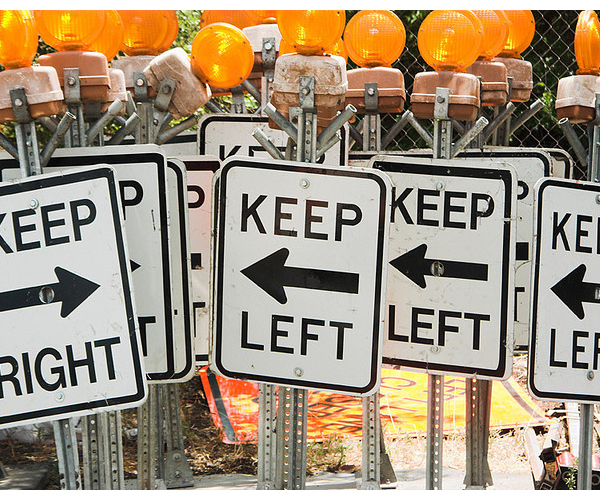 The incredible growth of Yammer has lifted the lid on a relatively new debate in the software world – should software be introduced in the enterprise by a central IT function or by the users themselves?

Until just a few years ago, the idea of users introducing new software themselves was laughable – most corporate computers tend to be “locked down” to a greater or lesser extent. With the increasing sophistication of SaaS offerings, the IT function no longer holds the keys to the golden gate of software goodness.

In a recent post talking about enterprise social networking policy, I reflected on the dangers of engaging in enterprise social networking without setting adequate policy guidelines. In the comments to that post, there was a debate of whether software introduced at the grassroots was an “in the trenches” demonstration of need or a slippery slope to a some sort of systems anarchy.

That’s what makes it exciting. If one or two users are introducing software, it could just be curiosity. If tens or twenties are – there’s probably some sort of need. If the software begins to bridge organisational silos (e.g. different projects, teams, geographies, functions, etc.) then your workforce is giving you a message – voting with their mouse as it were.

I accept that there is inherent risk in this reality. Different groups of people on different networks (Yammer, Podio, even – gasp – Facebook) only reinforce organisational silos rather than break them down. The longevity of any given tool is uncertain and so it’s not clear where it is worth investing effort. The data security liability is enough to induce a migraine. And you can be sure that in time the helpdesk will be responding to queries on multiple web services. The end result will be untenable.

Ignore the symptom, attack the cause

Stressing about the dangers of systems anarchy is focusing on the wrong problem. If increasing numbers of users introduce SaaS tools, freemium or otherwise, there’s a message in that.

If these tools go viral in the organisation it suggests that there is a genuine need.

A growing userbase and increasing activity on a social network is a massive indicator to the organisation that there is a burning platform for change. At this point, the leadership should pick this up and get involved, escalating it to a change initiative like any other.

Those involved in introducing the tools should be recognised for their initiative and involved as change champions in the onward cultural journey that is so important to successful enterprise adoption.

Admittedly, ignoring the symptom is also naïve. I agree that the risks of grassroots sourced software is relevant and needs consideration. As a principle, I believe that with an engaged leadership, an IT function that is regularly communicating with its userbase and an environment that rewards initiative the risk can be managed.

The most successful organisations point their people at a goal, empower them with some tools and give them the flexibility to work out their own path.

Manageable risks shouldn’t act as an inhibitor to people taking initiative for bringing innovation into the business.

Ultimately, the organisation, and its leadership, needs to be flexible and observant enough to recognise what the adoption of grassroots software is a symptom of and address the causes appropriately. Shooting down the messenger doesn’t change the message.

Read next: Google launches its eBook store in the US. 3m titles available today.