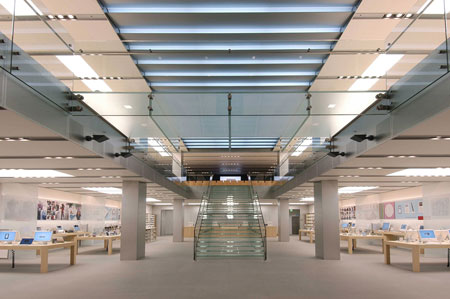 Perfect Photo (special update price of $.99)  is a feature-packed, simple, method to edit one’s photos on an iPhone or iPod touch.

Misses: App can be slow to preview changes, and red-eye feature is far from perfect.

My favorite category of iPhone apps are those concerning photography.  Personal favorites include: 360 Panorama, Instagram, Retro Camera and TiltShift Generator.

While all the aforementioned apps are great for taking pictures, apps for editing photos are equally as grand and necessary given that my iPhone is the primary method by which I take photographs.

Perfect Photo from MacPhun LLC not only lets one take photos using the iPhone or iPod touch’s camera, but also allows for editing and sharing any photo you capture or have stored in your device’s photo album.

After launching the app, I loaded a photo from my iPhone’s photo album and began to explore the various features of Perfect Photo.

Once the photo is loaded, one can elect to add one of six effects: Vintage, Posterize, Bloom, Pencil Paint, Black & White or Invert.

I went with Pencil Paint, with one able to adjust the levels of the effect by a simple slide method.  After deciding on the level which pleased me, the result was the image below.

Not satisfied with applying a standard effect?  Perfect Photo also features 22 tools and effects one can use to turn a photo from good to great.

Once your photo is perfected, the app offers numerous in-app sharing options: email, Facebook, Twitter and Flickr, in addition to allowing saving the photo to one’s photo album,  a documents folder (allowing for easy image sharing between computer and iDevice), or saving it to the device’s clipboard. If you choose to share the photo via Twitter, which I did, you must enter a one-time pin granting the app access to your Twitter account.  Upon doing so you can add a message to your post and alter the image size before Tweeting your photo.

The only negative issues I experienced when using Perfect Photo included the speed with which changes to photos are previewed.  The speed wasn’t ridiculously slow, but it was noticeable.  A more annoying issue arose with the red-eye removal feature.  Using the effect resulted in inconsistent results and failed to enhance some photos altogether on several occasions.

Despite these issues, Perfect Photo is a really grand app.  The number of editing options is top-notch, the sharing features are numerous and the app is dead simple to use.   At only $.99, Perfect Photo is definitely worth your examination and if you rely heavily on taking and editing photos on your iPhone or iPod touch, Perfect Photo is certainly an app you’ll want to have in your photography toolbox.