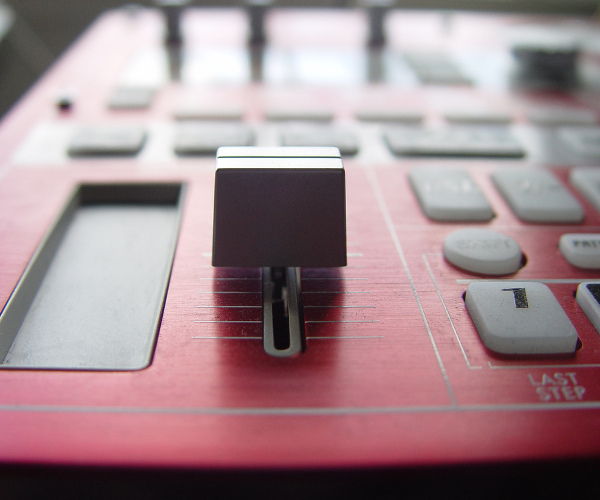 I’m a sound designer by trade, and as a result my iPhone is stuffed full of audio apps. My dream of composing an album just using my iPhone hasn’t quite materialised, due in no small part to my lack of enthusiasm for working on its tiny screen, but there are some tasty apps available for generating and shaping sounds.

One such app is Sampletoy from developer Marek Bereza who has also given us Thump, a groovebox for iPhone and iPod Touch.

At first glance Sampletoy does indeed look like a toy, with a record button for capturing audio, and an area to move your fingers up and down on which plays back the recorded audio at various pitches.

This is fun. The pitch transposition is smooth and multitouch implementation creates quite a cacophony. But wait – there’s some audio filtering going on as you move your fingers left to right – does this mean I can change the filter type? Yes it does, and more besides.

Once you have recorded something, you can select a bit of it and zoom in on that selection, allowing you to select a smaller bit. In this way you can make some great new sounds out of tiny snippets of your original recording.

There’s more. Press the scale tab and you can lock the playback to a scale of your choosing, giving you much more musical results. You can change the step size of your scale giving you yet more control over how your sound is played back, add some delay (echo), mess about with the envelope to create sounds which fade in and out as you play them, record what you’re doing, and save your own sounds and settings for firing up later.

I have used Sampletoy to make sounds for some of my compositions, and I have to say that you can get some quite tasty sounds out of it, despite relying on what’s captured by your iPhone’s microphone as your starting point. It’s not a replacement for a synthesizer, but a handy sample manipulation tool.

A sample mangling app which runs on a phone for the cost of the change in your pocket? Old music nerds like me have been dreaming of such things for years. Well done Marek Bereza for making an app that is immediately fun, but deep enough to keep me interested enough to use it professionally. [iTunes App Store link]

Read next: Facebook co-founder launches Jumo, a social network to change the world