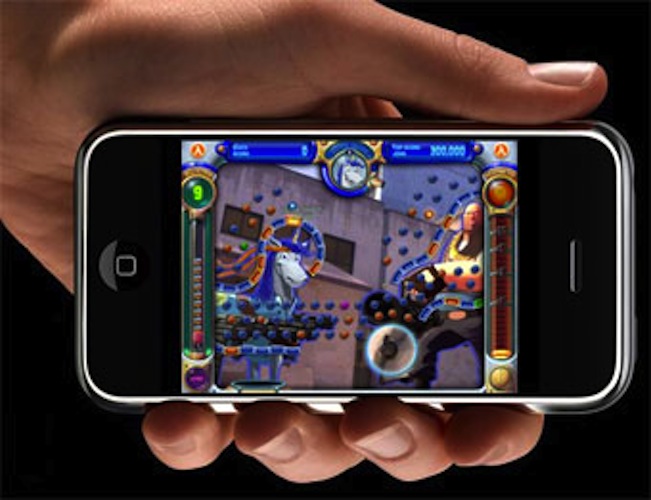 It dawned on me the other day that not everyone has played Peggle. For a Peggle fiend like me, this is unacceptable.

Peggle is brought to you by Popcap, the people responsible for Bejeweled, Plants Vs Zombies and Chuzzle to name a couple. Their games are great. To give you an idea how great, I have Peggle installed on my Xbox 360, Macbook Pro and my iPhone. Yeah I know, I need to get out more. So does my Mum – she’s completely unlocked the game on her Laptop.

Like all good games, Peggle is easy to learn and difficult to master. The basic idea is this: You start with ten balls. Aim a nozzle from which you shoot a ball at the top of the screen. It’ll fall to the bottom of the screen, lighting up any ‘pegs’ it touches along the way. Once the ball has fallen off the bottom of the screen, the pegs it touched on the way down disappear. Clear all the orange pegs to progress to the next level. Run out of balls before this happens and you lose. Simple eh?

Add into the mix two green pegs per level, which activate a special power dependent on which character you are using (more on this in a moment), pink pegs which give you a score multiplier and potentially a free ball or two, a moving ‘bucket’ at the bottom of the screen which gives you a free ball if your ball lands in it, and extra points at the end of a round depending on how your last ball falls, and you’ve got a nice layer of strategy and no small measure of luck.

As you progress through the game you unlock additional characters to use, each of which has a special power unleashed when you hit a green peg. Well timed use of these powers can really turn the tide of a game and although helpful, they don’t make the game too easy. Once all the characters are unlocked you can turn your attention to the ‘Challenges’ provided to hone your skills. Some of these are fiendishly difficult but not enough to ruin your day – unlike a lot of other games I have played.

Peggle really does keep you coming back for more. The fireworks and music when you complete a level are fantastic and give a real sense of achievement. Many’s the time I’ve jumped up from my chair in triumph and nearly thrown my iPhone across the room! The graphics are bright and surreal, but never seem to distract from the job in hand. My only gripe is that sometimes the touchscreen interface causes you to mess up a shot. This is far less common on the Xbox or Mac versions.

In short, Peggle is a perfectly balanced game that deserves a place on your homescreen, even if you think it looks too ‘casual’. And no, I don’t work for Popcap.